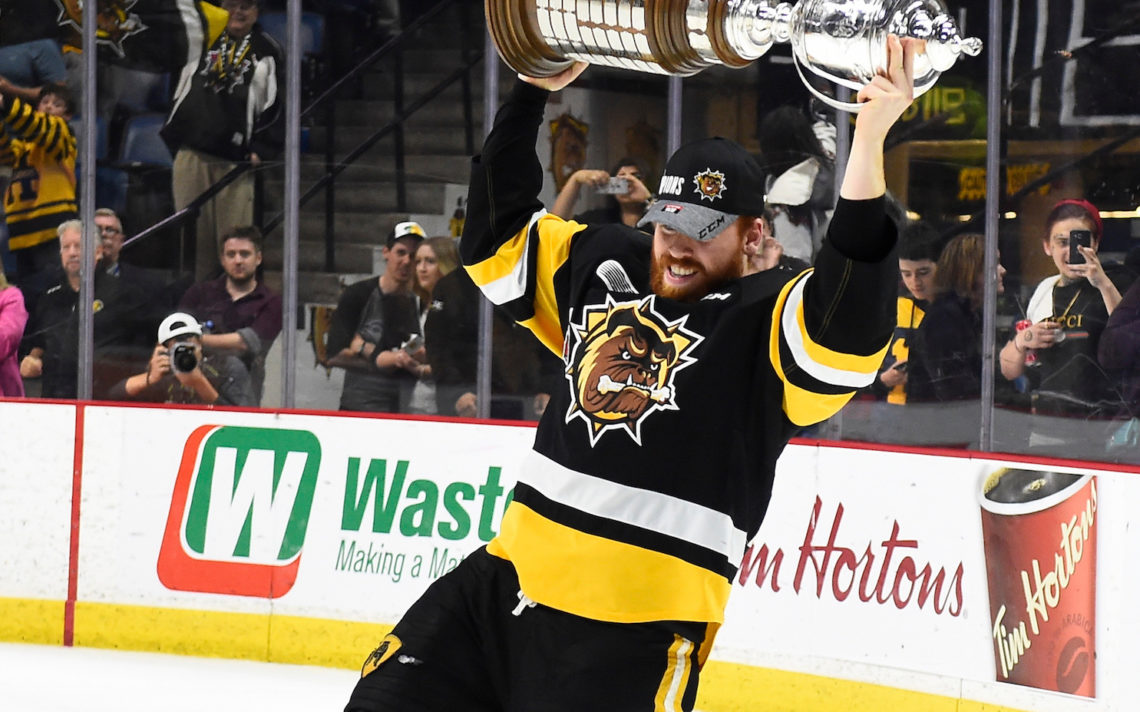 Brock an easy choice for Walters

Connor Walters didn’t have to think too long or very hard when he was approached by Brock head coach Marty Williamson about joining the Badgers men’s hockey team.

The 21-year-old Welland native had just finished a gruelling and exciting run to the Memorial Cup with the Hamilton Bulldogs and felt he wanted to stay close to home for the next phase of his hockey career.

“Marty contacted me before playoffs and said he would have a spot for me. Other schools also called, but in the back of my mind I was thinking Brock is close to home and I want to be at home next year,” Walters said.

He took a couple of weeks off to regroup following the season, then met with Williamson to iron out the details.

“I had made up my mind I wanted to be home and met with Marty. I wanted to stay here but I let him talk and wanted to hear what he had to say,” Walters recalled. “At the end, I told him the whole reason I came here today was to tell you I was going to commit to come here.

Williamson loves what the former Welland Junior Canadian brings to the Badgers.

“He’s a big, stable defenceman who is extremely strong and seems to take pride in the little things that make him so good as a defensive defenceman,” Williamson said. “I knew he had options and we got together and hit it off.  It was the perfect fit for both of us.

“I’m really excited to have him part of the program for the next four years.”

Williamson, who was part of the broadcast crew on Sportsnet Radio for the Memorial Cup, saw Walters up close during the tournament.

“I saw him interact with the team and the leadership. What a fun-loving kind of teammate he is and I thought he was a perfect fit,” Williamson said. “He grew on us. I saw him make some nice offensive plays but he never strays or pushes it. He stays within himself.”

Williamson said he also spoke to Hamilton coach John Gruden about Walters and got a decisive thumbs up.

“They felt the pairing of him and (Jack) Hanley was so important in the playoffs. They matched them up against top lines and they were able the play them and that meant they didn’t have to overplay some of their other top guys.” 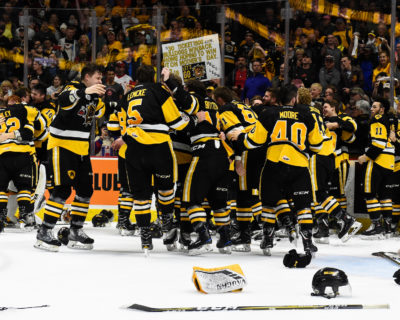 Walters plans to take some general courses to get back into the groove of being a student-athlete.

“I think it will take an adjustment to getting back to do my homework and get used to being a student and an athlete. It’s been three years of just playing hockey,” he said.

Walters is also aware how much talent there is at the Canadian university level.

“I have prepared myself to be a good player in that league. I know the guys are older — they are men. I play a simple game and hopefully I can add some offence into my game,” he said.

Walters, who is working with skating coach Chris Risi this summer, has fond memories of his final season in the Ontario Hockey League.

Hamilton won three consecutive five-game series in the OHL playoffs, eliminating Ottawa, the Niagara IceDogs and Kingston to reach the championship series where they upset CHL’s top-ranked Sault Ste. Marie Greyhounds in six games and earn a birth to the Memorial Cup.

The Bulldogs made it to the semifinals in Regina before being eliminated 4-2 by the hometown Pats.

“It was the experience of a lifetime,” Walters said. “Even when I was doing it I was trying to enjoy it. That series against the Soo was unbelievable.”

He said it really hit him how much the Bulldogs were under the spotlight when it was finally all over.

“I didn’t really think about it when I was out there. It’s not like I was thinking I was going to be on Sportsnet or anything but when I got home and I saw everybody that’s when I realized it. It was awesome.” 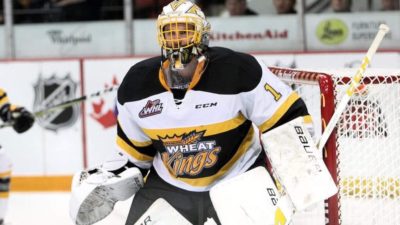 The Badgers have also added goaltender Logan Thompson from the Brandon Wheat Kings. Thompson was a second-team all star in the Western Hockey League this season.

“I think the goalie was probably the biggest recruit out there, and for us to get him, says an awful lot about Brock and the program,” Williamson said. “I give a lot of credit to (goalie coach) Luc Lobsinger who maintained a lot of contact with him.

“I met Logan and was very impressed by him.”

The Badgers also picked up winger Adam Berg from the Chilliwack Chiefs, formerly of the Edmonton Oil Kings and Regina Pats. The Chiefs won the Royals Bank Cup this season. The Chiefs are coached by former Badger and St. Catharines Falcon Jason Tatarnic.

“We’re getting some quality, high-end recruits and that’s what we’re excited about,” Williamson said. “We lose quite a few guys but we get to put a stamp on a new team.”