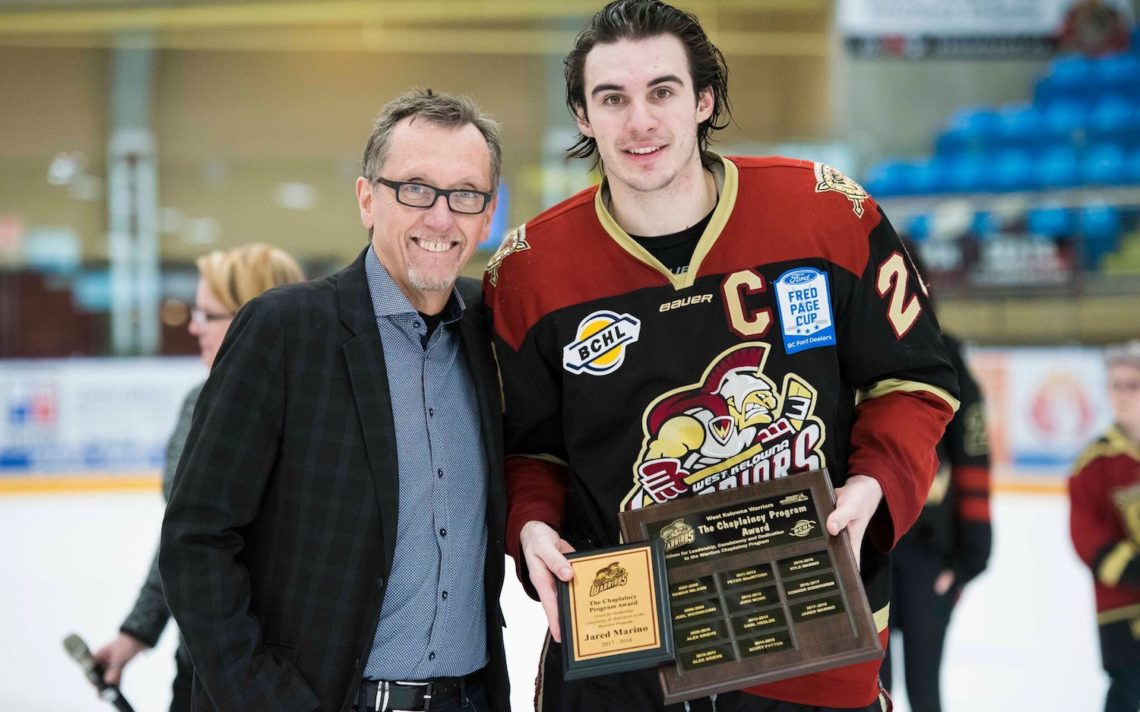 Brock a perfect fit for Marino

Jared Marino had a Division I scholarship on his mind as the next step in his hockey career and thought he had accomplished his dream when he was offered a deal to attend Colgate University in Hamilton, N.Y.

But the scholarship fell through due to eligibility issues and the 21-year-old Niagara Falls native was forced to look elsewhere.

Enter Brock University, where Marino will major in accounting and is expected to make a major impact for coach Marty Williamson’s squad.

“I had talked to Brock and kind of kept that, not as a back-up plan, but if D1 didn’t work out then I would have somewhere to play in Canada,” Marino said. “Brock being a hometown school for me, it was something that intrigued me from the start.

“I’m honoured to come to Brock. It was always a place growing up you looked up to with high-level hockey.”

Marino has chosen to put a positive spin on the situation rather than worry about what might have been.

“It’s kind of worked out really nice. I’m just exciting to have this opportunity.” 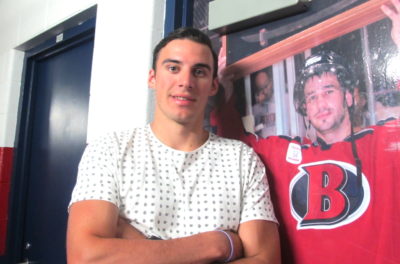 He said playing for Williamson and for a program coming off an exciting season only adds to his optimism.

“The hockey program has been excellent here. You saw what they did last year and made some great strides and Marty made it easy coming here. He’s a great coach and someone who I wanted to play for.”

Marino, who lives in Fort Erie, began his junior career with the Fort Erie Meteors before moving to the West Kelowna Warriors of the British Columbia Hockey League, where he spent three seasons and won a league title in his first year.

“I wouldn’t trade those three years for anything,” said Marino, who played his first season out west with older brother Kyle, who is now at the University of Alaska-Fairbanks. “We won the championship my first year. My time out there was amazing.

“My coaches were awesome and did so much for me as a player and a person. The people I met out there and the connections I have now, it’s just amazing.”

Off the ice, Marino feels the time away was beneficial.

“Moving away was definitely a growing up experience. I had my brother with me the first year and then the next two years I was on my own. I made big strides off the ice. I became a man.”

Marino had his best season to date last year with 21 goals and 53 points in 57 games. He was also the Warriors’ captain.

He feels his game will translate well to the university level.

“Obviously, there are a lot of bigger, older, stronger guys in this league rather than junior but I feel being a bigger guy (6-foot-3, 205 pounds) I’m physically ready for that jump. Being captain last year, I’m more mature than I have ever been. I’m ready to handle that jump.”

“It all kind of happened late. You feel fortunate when something like this kind of drops into your lap,” he said. “I think it was a disappointment when it didn’t work out for him, but he was upbeat and excited about the next chapter and was looking forward to it.”

Marino is also ready for the challenge of being a student-athlete. He took full time classes from January to April of this season after just playing hockey the first two years in Kelowna.

“I know the program I’m going into is very good and very challenging but I’m up for the challenge. I’m ready for it.”