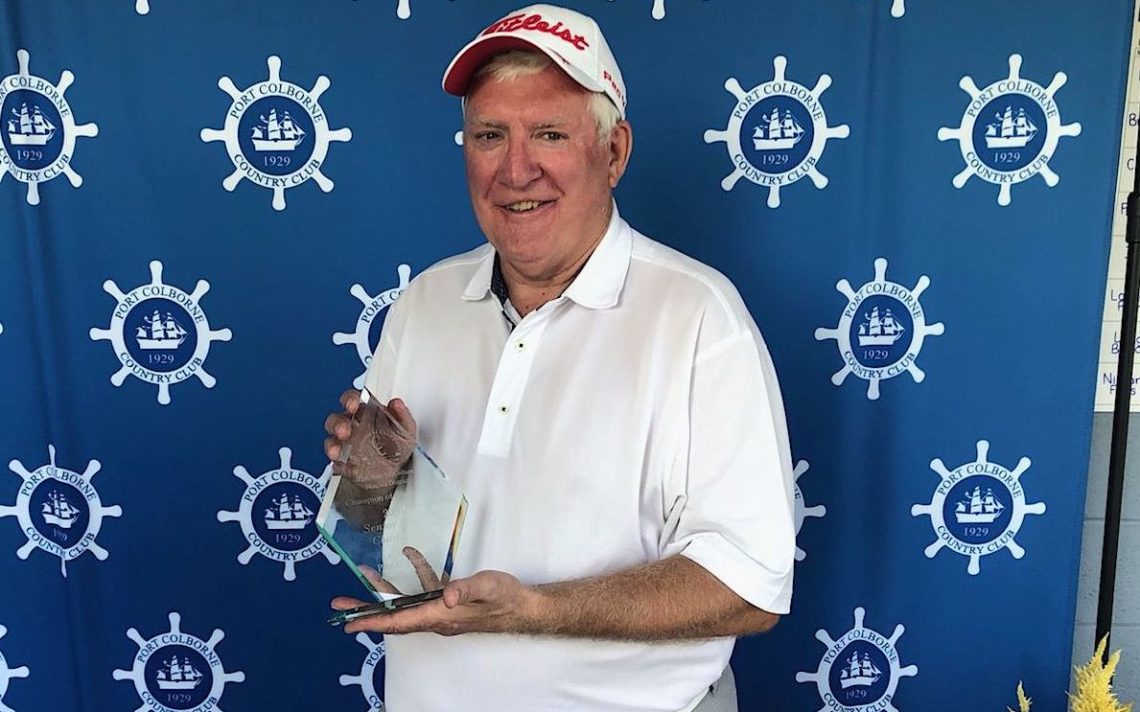 Des Brady still has it.

The Lookout Point member, who will turn 72 in two weeks, topped a field of youngsters with a 36-38-74 at the Port Colborne Country Club Saturday to win the senior men’s division at the 71st Walt McCollum Niagara District Champion of Champions golf tournament.

“Those young bucks,” he said, with a laugh. “All the guys are good fun and I had lots of fun today.”

Brady played with Derek Divok and Mark Rankie and they made him feel his age at times.

“I hit the ball pretty good off the tee today and I drove the ball quite nicely, although, not as far as those two other guys,” he said. “It’s amazing how far they hit it.

A few times Saturday, he felt like he had really crushed a drive but it paled in comparison to his playing partners.

“I was walking up and I was 30 yards behind the other guys,” he said. “Then you look at the other guys and you think to yourself that they are a few years younger than you.”

Brady bogeyed the par five first hole and then settled down after that.

“I couldn’t believe how nervous I was and I don’t know why,” he said. “This is the first time that I have ever felt nervous. Maybe I’m getting old, but being 71 and being 72 in a couple of weeks I was particularly proud of myself that I won today.”

Brady isn’t sure why he’s still playing great golf in his seventies.

“It’s not because I am in great physical shape and you can see,” he said. “I hit the ball straight, keep it in play and that is all it is.”

It is the fourth time the Vineland resident has won the senior Champions division, with previous victories coming in 2009, 2011 and 2013.

“This is a tremendous tournament and I look forward to playing this,” he said. “It has a tremendous history and I first became aware of it watching it on TV.”

He has played at least seven times in the Champions event and come second as often as he has come first.

“The people who organize this are tremendous,” he said.

St. Catharines Golf and Country Club’s Bernie Bodogh was trying for the three peat but he tied for second with a 39-38-77.

Coverage of the 71st Annual Walt McCollum Niagara District Champion of Champions golf tournament is made possible with the support of Homes Of Elegance by Gatta Homes Inc. Visit them at http://gattahomes.com.

HIGH-RESOLUTION ELECTRONIC COPIES OF THE BELOW PHOTOS ARE AVAILABLE FOR PURCHASE. COST IS $20 WHICH WILL INCLUDE PUBLISHED PHOTO AND ANY OTHERS WE HAVE OF THE FEATURED GOLFER. TO PURCHASE, CONTACT bpuchalski@cogeco.ca.