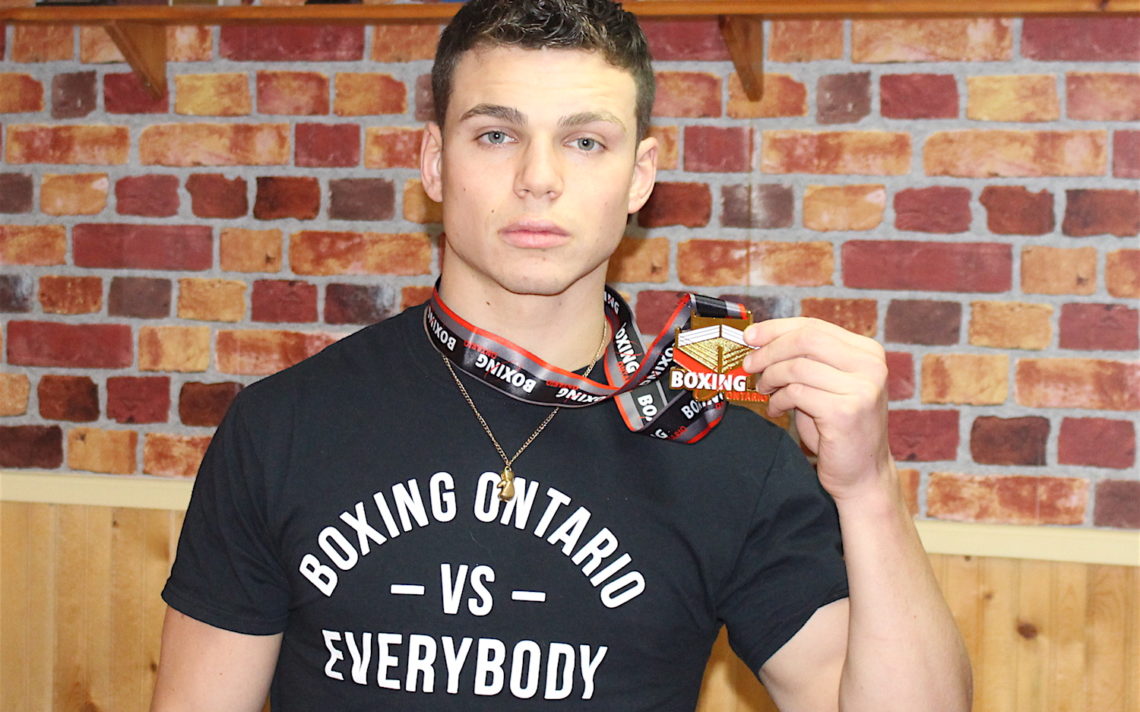 Competing in his first Canadian senior boxing championships, Antonio Napolitano was feeling on top of the world.

Fighting in the 75-kilogram final against Quebec’s Denis Nickenson, the 24-year-old St. Catharines native thought he had won the fight after using an overhand right to get a standing eight count against his opponent in the third round. 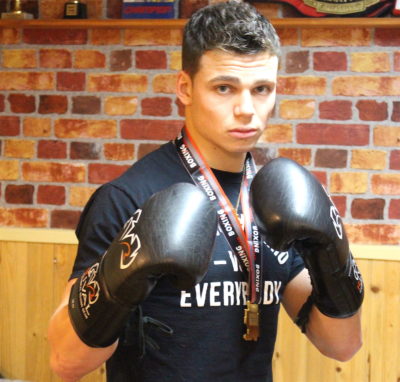 The Laura Secord alumnus jumped on the ropes to celebrate while Nickenson went to his corner with his head down. But as sometimes is the case in boxing, the judges thought differently than the boxer and awarded a 3-2 decision to the Quebec fighter.

The Irwin Boxing Club member was gracious and philosophical in defeat.

“There have been times over the years when I have been in close fights and I went back to my corner thinking the other guys had edged it out and I knew in my heart that he had won. You walk back to the corner shaking your head and then you hand goes up.

“It’s one of those things that goes both ways.”

While hard to take, it is not the end of the world.

“That’s the thing about boxing,” he said. “It develops you as a person and you see a lot of grown men in amateur boxing who take a loss and they throw their mouth guards and they walk out stomping their feet.”

Napolitano prefers to lose with class.

“I shook the guy’s hand, congratulated him, took a picture with him because it goes both ways.”

He learned early on to be gracious in defeat.

“My first fight was years ago in 2012 and I took my first loss,” he said. “I was balling my eyes out and I went to the dressing room and started pouting.”

He has learned as much about himself in losses as in victories.

“You learn to accept when things don’t go your way and you also see how people react when they lose a close fight,” he said. “It says a lot about them.”

Napolitano took a lot of motivation from how well he did in his first national championships.

He opened the tournament by stopping Matt Ruff of Alberta in the second round.

“I drew Alberta and with the fight being held in Edmonton, I had to stop him to win,” he said. “You don’t want to take any chances against someone fighting in their home province.”

He ended up nailing the Alberta boxer with a shot to the nose late in the first round and his opponent decided not to come out for the second round.

“The bridge of his nose was the size of a golf ball and it wasn’t safe for him to continue,” he said. “I’m glad they called it because there was something up with his nose.”

In his next fight, he recorded a 5-0 unanimous decision over Paul Riggs from Manitoba. Riggs, a former Irish champion who emigrated to Canada when he was 19, was short and stocky brawler and Napolitano made sure he won the first two rounds on points and then tried to end the fight in the third round.

“I made him stumble a few times and I was surprised there were no eight counts,”

Napolitano described the entire nationals experience as a great feeling and motivating.

“The night after the final fight happened, I was back training in the hotel,” he said. “I was on the treadmill, I was doing intervals on the bike and I was doing laps in the pool,” he said. “Had I won gold, I wouldn’t have been doing any of that.

“It keeps you hungry.”

As the national B champion, Napolitano will have the chance to represent Canada at a number of international events. He has been asked to compete for Canada in Puerto Rico, but he’s not sure if he will be ready to fight because he’s dealing with the flu and a work accident that injured his hand.

If he is unable to fight in Puerto Rico, he is hoping there are other opportunities while he works his way through the process of turning pro.

“With the CAT scan, blood work, paperwork and the way it works with the athletics commission, it takes months,” he said.

His decision to turn pro is motivated by a desire to support his family, which includes two young children.

“I’m trying to focus on making money and I am also trying to have a backup plan,” he said. “I am talking to a few people to try and get started in a trade.

“With the position I am in life, it’s not really kosher to be an amateur boxer. I need to make money and get on with my life.”