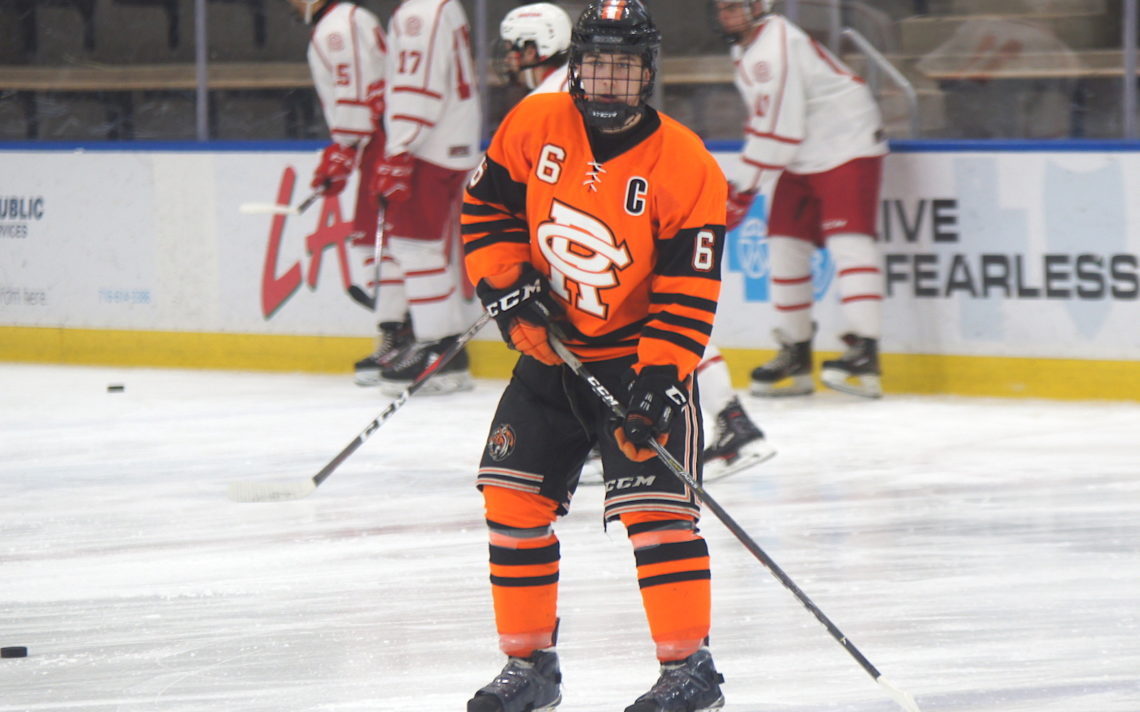 Max Blanchard couldn’t have asked for a better way to wind up his time at Ridley College.

The 18-year-old Pelham resident completed a stellar athletic season on the ice with the Prep Boys hockey team and on the court where he competed in badminton.

Blanchard and Jaden Bediako were named co-male athletes of the year and awarded the J. P. Matheson Trophy, awarded to the boy who has made the best of his own ability in Ridley Athletics during the year.

“When you’re playing, that is not the first thing that comes to mind,” Blanchard said of the award. “Obviously, I’m just trying to play and compete and win and represent Ridley both on the ice and the court.

“Of course when you hear you’re nominated it’s nice because you put a lot of hard work into it. At the end of the year it’s cool to see all your hard work is recognized, but it’s not like it was my goal at the beginning of the year to achieve.”

Blanchard was captain of the hockey team which finished with an overall record of 41-19-1 and captured the Midwest Prep Hockey League championships.

He also participated in badminton where he teamed with younger brother, Alex Blanchard, in doubles. 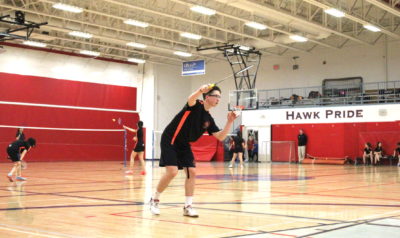 “I think it’s really important. You play hockey two terms out of the three so pretty much your whole day involves school and hockey. You are always around the hockey guys, eating with them and living with them in hotel rooms on the weekends.

“It’s really cool to play another sport just on the athletic side and just for the people you meet. Now you’re part of a different sub-community within the Ridley community and you’re getting to know new people and playing with new teammates. I find that part fun and it really helps me with my athletics and in school.”

Blanchard chose Ridley to further his academics as well as his hockey career after he was selected by the Hamilton Bulldogs in the 13th round of the 2017 Ontario Hockey League draft.

Blanchard doesn’t regret the decision for one minute.

“In terms of hockey, with the coaches and my teammates, the opportunity to develop and train, they (Ridley) have all the resources there to help me become the athlete that I am today,” he said. “That package of the hockey and the top-notch academics and all the teachers and support they have there is unbelievable.

“It was very beneficial for me to be there in both sport and school.”

Blanchard’s next step athletically will be with the New Jersey Titans of the North American Hockey League where the big defenceman will play next season.

“They came to me in late November and after doing some research we felt it would be a really good opportunity for me,” Blanchard said. “It makes me very excited to play and join that group next year and seeing all the opportunities the players they have now who are going on to play NCAA D1 and D3, which is where I’m trying to play one day.”

Blanchard realizes it will be an entirely different way of life in New Jersey, where he will only play hockey and live with a billet family.

“It’s going to be a whole new adventure living away from home and meeting new people and being part of a different group,” he said. “I’m nervous even after meeting the staff and visiting, because I still don’t know what it’s going to be like, but excited for the hockey and the new adventure.”

Stories on Bediako and Shailynn Snow, Ridley’s female athlete of the year, will be posted in the coming weeks.