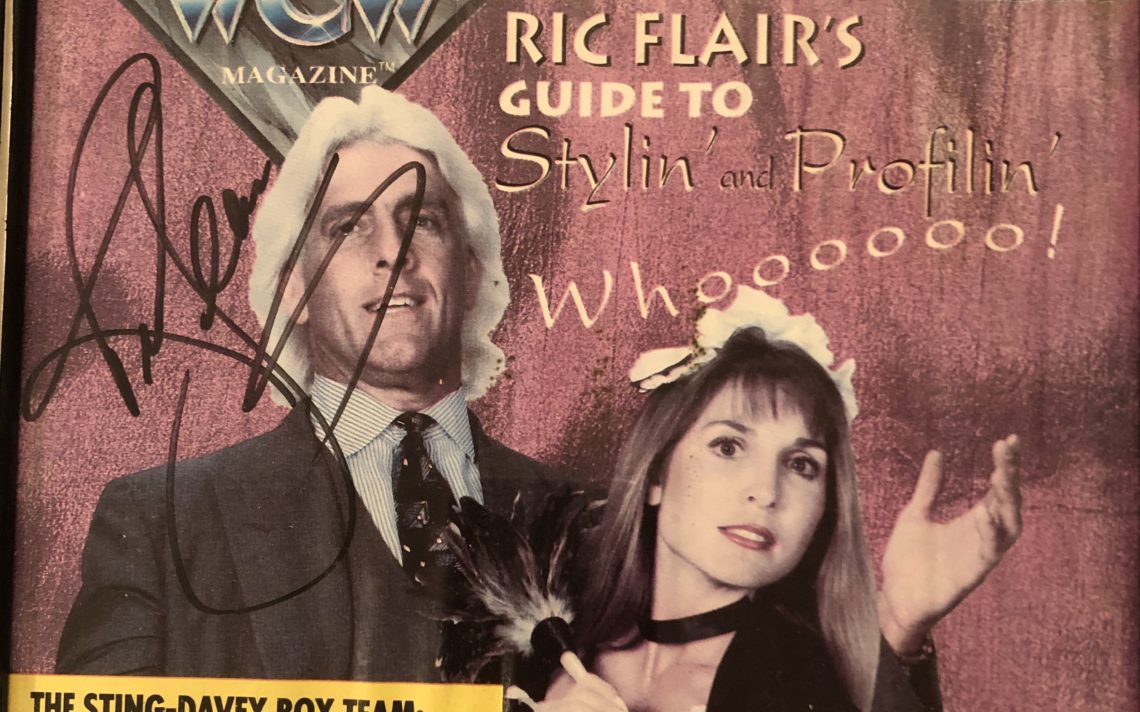 It can be dangerous to meet your hero.

A lifetime of adoration and worship can be wiped out in a few seconds if the meeting doesn’t go as expected.

To be sure, it is a little unfair as anyone can have a bad day and even our heroes are just normal human beings, with the usual ups and downs we all experience.

Thanks to my profession, I’ve been able to meet many stars of the sporting world and was even fortunate enough to cover WrestleMania VI in Toronto in 1989, the 1993 World Series in Toronto and 1999 Stanley Cup final in Buffalo.

Those were memorable experiences to be sure, but still left me still wanting to meet three people: Nolan Ryan, Bruce Springsteen and Ric Flair. 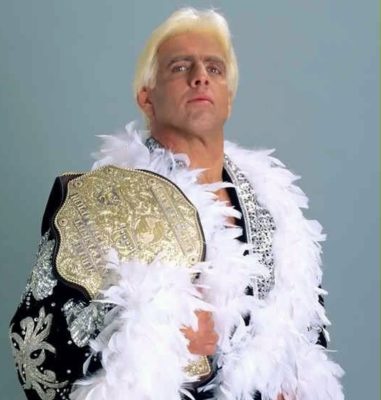 I was lucky enough to interview and write a story on Reid Ryan, Nolan’s son, when he pitched in the New York-Penn League in 1994 for the Hudson Valley Renegades. The Renegades were in St. Catharines to play the Blue Jays and I was able to speak with Reid. I remember making a fool of myself blabbering about how much I revered his father. I’m sure he came away wondering about my mental state.

I came close with Springsteen in 1999 when he was playing in Buffalo. Back then, the Sabres issued season media passes in the form of arena worker swipe cards.

I used that card on the night of a concert. I walked right in and was immediately in the presence of drummer Max Weinberg, keyboardist Roy Bittan and guitarist Steve VanZandt of the E Street Band. I acted cool, then went into the bathroom and almost vomited I was so overwhelmed. Meanwhile, The Boss was on stage playing an acoustic version of Born in the USA in a sound check. That was a close as I dare go given that I should have even been there in the first place.

That brings me to Flair.

Ric Flair has always been the be-all and end-all for me. He is the greatest professional wrestler of all time and if I had the money, would buy one of his grandiose robes and wear it around the house. Every day.

To this day, I still greet people with the 4 fingers of the Four Horsemen. No greater way to pay respect as far as I’m concerned.

Anyway, thanks to the late Tony Parisi I got backstage for the final wrestling event held at the old Buffalo Memorial Auditorium. Parisi was not only wrestling, but also singing the national anthem that night. I had done a story previewing the card and Tony, who lived in Niagara Falls, was so appreciative he invited me to a dinner featuring several of the wrestlers the night before at former wrestler Ilio DiPaolo’s restaurant near Buffalo, and then to the event itself.

Following the card, I made my way to the Aud Club, an exclusive meeting place at the arena where every wrestler who was on the card was there. There was Lex Luger, the Nasty Boys, The Giant (later the Big Show), Sting, Hacksaw Jim Duggan, Macho Man Randy Savage and The Nature Boy himself.

This was the opportunity of a lifetime. He was standing 10 feet away. I knew I had to take a chance and ask for a picture and autograph, and boy did the Nature Boy come through.

He shook my hand, thanked me for being a fan, signed a program featuring himself and FiFi the maid on the cover, and then posed for a picture. I couldn’t have asked for more.

But there is more.

I can’t remember the details, but I got wind the wrestlers were heading back to the hotel bar, so off I went.

Low and behold, there they were with Flair, of course, leading the party. The Nature Boy was at a table with Sting and a couple of others flashing an impassive wad of cash and buying drinks for all. I didn’t want to encroach on their fun, but instead watched from across the room as The Nature Boy was being The Nature Boy. It was like being a fly on the wall to one of the greatest party animals of all time. God only knows what happened after they went back to their rooms.

It was a night and experience I will never forget, thanks to Richard Morgan Fliehr, the greatest wrestler of all time.

Next week: The best and worst versions of the 4 Horsemen.