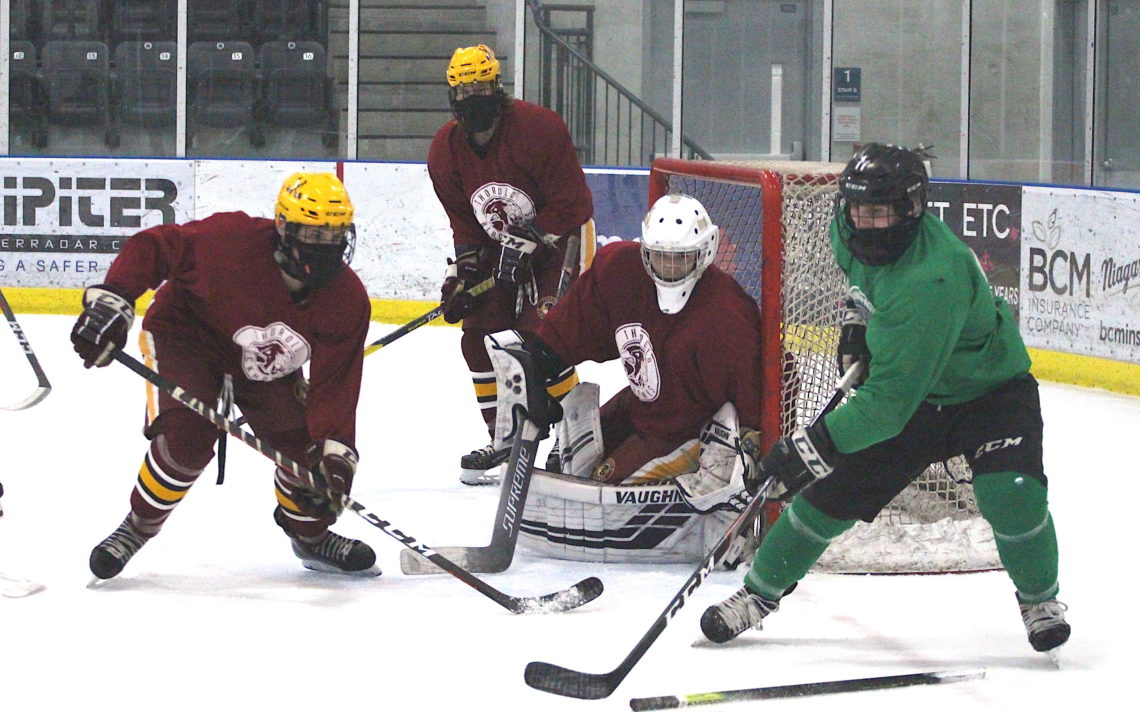 Blackhawks back at it

After two months of practice, the Thorold Blackhawks have finally begun to test themselves against an opponent.

The Blackhawks have squared off versus the Pelham Panthers for the last two weeks in pre-season scrimmages in Pelham and came away with a pair of wins and a tie. The Panthers took a 3-1 win Wednesday.

“We’re trying to get some systems in place and get our structure going, trying to find who meshes with who and who can play what, special teams and all that kind of stuff,” Thorold coach Scott Barnes said. “Our first three games we had good games so we thought last night we would change things up and give some other guys an opportunity and that ice time was going to be earned.”

The Blackhawks were the odd team out when non-contact scrimmages began last month. The St. Catharines Falcons and Niagara Falls Canucks squared off while the Fort Erie Meteors and Panthers bubbled together.

The Blackhawks hooked up with the Panthers beginning in November.

“The first game there was a lot of anticipation and excitement and the guys wanting to get going,” Barnes said.

After the first game, Barnes said he has been disappointed with the level of compete some players have shown.

“Quite honestly, I was talking to the boys last night and we’ve had two games where it didn’t look like we had that enthusiasm,” he said. “For me, I can’t really explain it. I told the guys if I was off for eight months I’d be dying to play. I think my first four games I would be fully going and not taking any shifts off. I’ve seen a couple of guys who haven’t had it for a couple of games and that kind of boggles my mind.”

Barnes has been impressed with a pair of newcomers, forwards Caleb Thompson and Liam Loftus. Thompson is a 17-year-old who played in Kirkland Lake last year.

“He’s looking like he’s going to be a pretty good offensive performer for us,” Barnes said.

“He’s been real solid for us at both ends of the ice, offensively and defensively,” Barnes said.

The Blackhawks are scheduled to play the Panthers for the rest of the month in anticipation of a Dec. 2 regular season start date.