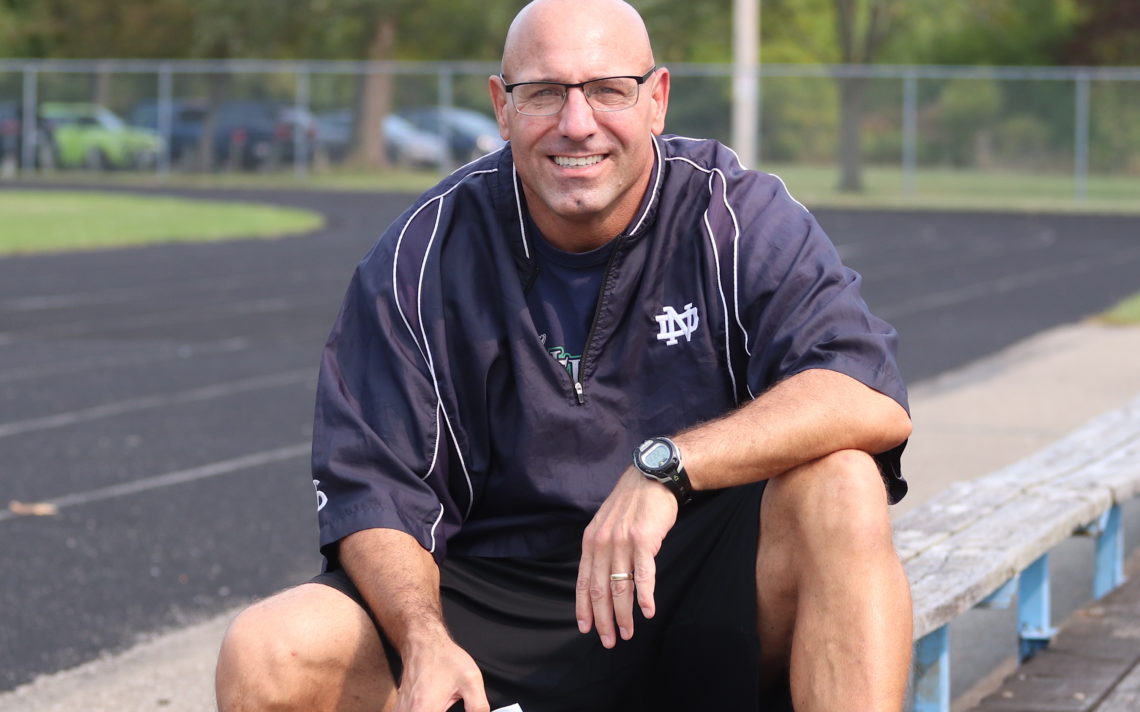 Tim Bisci couldn’t wait to get started on his 19th year as head coach of the Notre Dame Fighting Irish senior football team.

“I look forward to it every year, no matter what,” the 51-year-old Welland native said. “You could have the worst team possible but I walk in every first day thinking that maybe there’s a chance. I find some optimism and maybe midway through the season I am not as optimistic any more but this is what I do and I absolutely love it.”

Unfortunately, the COVID-19 pandemic tackled the 2020 season before it even began.

“It kills me not to be out here and the field is quiet and there is nothing going on,” Bisci said. “It has been 38 straight years that I had been on a football field in the fall and I don’t even come out here now. I don’t want to be out here.”

The former Eastdale and Notre Dame football player didn’t need a pandemic to make him realize how important football is in his life.

“You have to appreciate everything good that comes with it because you never know when you are going to get it again,” he said. “I have tried to build that mentality into the group, especially the last three or four years when we started winning games again. Appreciate the win because you might not get it again and who knows what tomorrow will hold?”

Bisci has tried to keep his players engaged this fall even without football on the horizon.

“I’ve talked to them but the difficulty is with the way the school system is set up, I don’t see them very often. I am messaging them, we talk about stuff and we’re hoping that maybe in the new year we can get going.

“I keep telling them to get in, work out and be ready for whatever comes whether it is now or a year from now.” 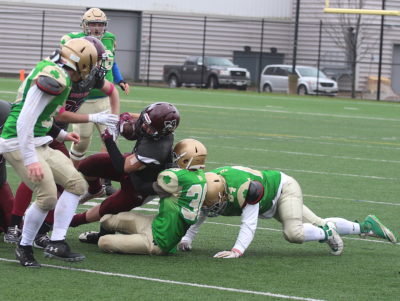 He feels especially sorry for players who returned for their 12B year of football.

“It has got to be terrible for them” said the former Ontario University Athletics First and Second Team all-star and Second Team All-Canadian at Laurier. “As a student, I can’t imagine coming back and someone telling me I can’t play.

“I would have been absolutely devastated and it has got to be tough on them. You feel for them and you wish that there was something to do but right now there is nothing.”

Nothing is hard to take for Bisci, who has been teaching at Notre Dame since 1997. He replaced Rick Oreskovich in 2001 as head coach and there’s no place he would rather be.

“Some people want to go out fishing or collect comic books or hockey cards, but I want to be out on the football field,” he said. “I look forward to watching film and I have been watching film from our games last year. I will probably break down all of them and see what we did and what our tendencies were as opposed to the other team.

“I will just keep trying to be busy with it because it’s tough.”

Tough is at the core of Bisci’s football coaching philosophy.

“I want our kids to be physical within the rules,” he said. “If you can play physical in this league, I think you can do well.”

He felt that was the difference between 2019’s championship squad and the team that lost the 2018 Niagara Catholic Athletic Association final to Saint Paul.

“Last year, we had a lot of eight and ten-play drives. We had one 14-play drive where we ran the ball every single time against Myer and it took up nine minutes of the third quarter. That was our highlight of the year.”

If a team commits to playing physical and is willing to learn, the sky is the limit. 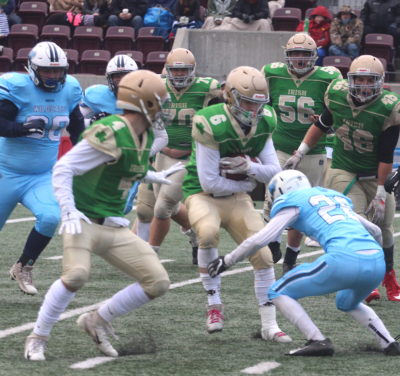 “Of course, you have to have the right kids too,” Bisci said. “If you have some athletes, it is a lot easier to coach.”

Training camp at Notre Dame is held the week before school starts and Bisci and the other coaches try to get the players to work out in the weight room in the off-season. In the spring, they will work on skills with small groups.

“We really like the touch tournament that Rick Oreskovich runs over at Saint Paul in the spring and our guys look forward to it. They are hoping we will be able to do it at least.”

Notre Dame has won two of the last three Southern Ontario Secondary Schools Association Bowls and made it to a provincial bowl both times.

“It would nice to keep the cupboard full by getting good athletes. You can think that you are a good coach, but at the end of the day, it’s the kids on the field that make the engine go.”

The next step Bisci would like to see his program take is to win an Ontario Federation of School Athletic Associations bowl game.

“We have been there three times and we have been close,” he said. “2005 was probably the best chance we had but we’ve gotten unlucky with the teams that we have played.

“We played Thomas More (in 2018) and we knew going in that it was going to be tough. And last year, I tried to call up everyone I knew and pull in every favour I had to find out about the other team and no one knew anything about them.”

Notre Dame ended up getting thumped by Chaminade.

“They hadn’t played in four or five weeks and they were good,” Bisci said. “We thought we had a good game plan against them but we didn’t know how good they would be.”

Bisci expected his team to be strong again in 2020, especially at the skill positions.

“The juniors coming up were extremely good and we had Jacob Succar, Jared Tessier, Jacob MacLaughlin, Bryce Livingston and Owen Tofano back,” he said. “They were guys who were big-time for us in our playoff run.”

Many of the above-mentioned athletes were hoping to make the jump to university ball in 20121. In his tenure, Bisci has graduated 20-30 players to the post secondary level and many have become role models at the Welland high school.

“They can see Chris Van Zeyl bringing the Grey Cup back to Notre Dame. We had Johnny Augustine who won a Grey Cup ring and that’s just in the last little bit. Before that, Mark Moroz went to Wake Forest.”

Through the years, Bisci has matured as a coach and maybe mellowed just a bit.

“You have to ask the refs,” he said, with a smile. “We have good camaraderie too and as much as you like to yell at them, they do a good job.”

Bisci does admit to getting a little excited at times.

“I think I have mellowed but I still like to get fired up. If I am not fired up, I am not having as much fun doing it.” 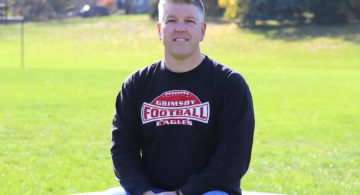 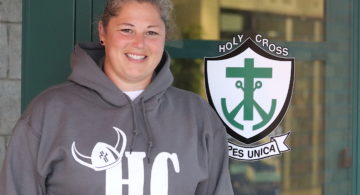 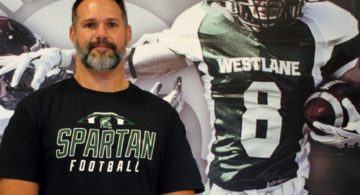