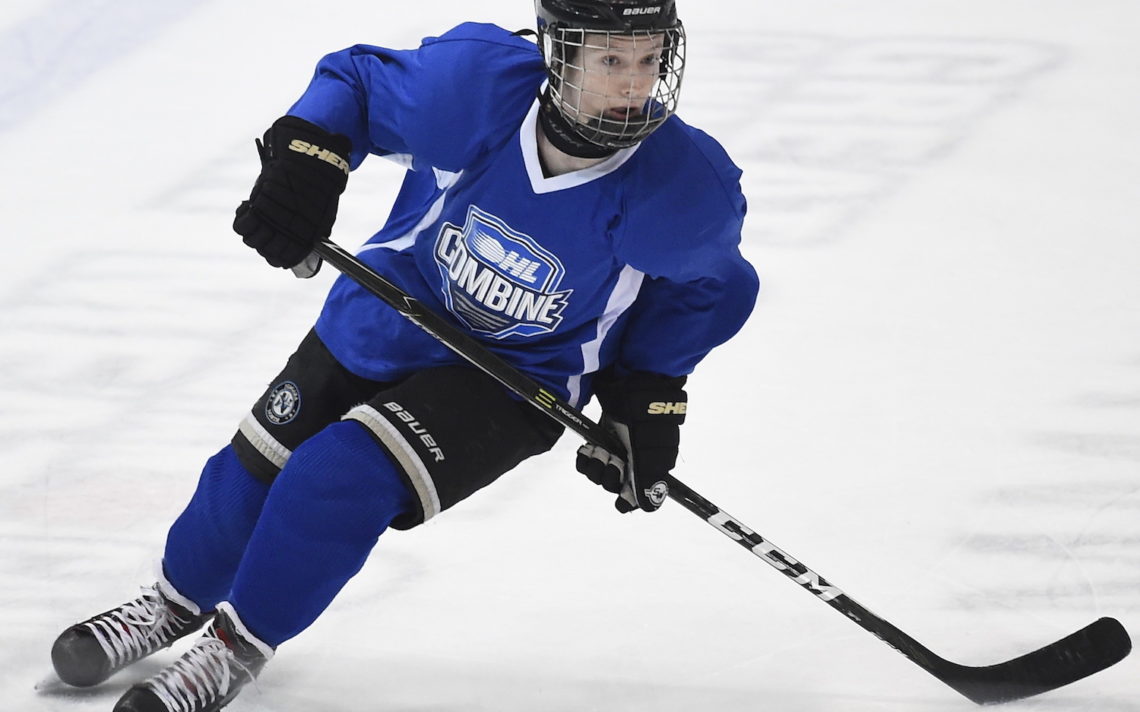 Birds add another Holmes to the flock

Owen Holmes of the Niagara North Stars was selected by the Flint Firebirds in the record OHL draft. Photo by: OHL IMAGES

Owen Holmes couldn’t believe his good fortune when he was drafted by the Flint Firebirds.

The 16-year-old native of St. Davids was eagerly following the Ontario Hockey League draft on line hoping to see his name appear.

But when he selected by the Firebirds, where his older brother Hunter has played for the last two seasons, he almost went into shock.

“I’ve been thinking about it all day,” he said. “It’s awesome being able to have a chance at it with my brother next year is the one thing that keeps going through my head.”

Holmes said the good news popped up on his father’s computer first.

“My dad yelled Flint; it hadn’t come up on my computer yet,” he said. “Then my mom started crying.

“I couldn’t speak at the time. I was just kind of flustered.”

His brother then yelled down from upstairs: “The Birds!”

“They called about five minutes after they drafted me just to welcome me to the team,” he said. “I had met the coach (Ryan Oulahen) before so I was comfortable.”

Holmes wasn’t sure what to expect from the draft.

“Going into it, my agent told what all the teams thought of me and I thought whatever happens, happens,” he said. “If I don’t get drafted, I can work hard and play junior B next year.

“I went into it with an open mind.”

“I think my skating ability and hockey IQ (got me drafted) and ability to move the puck,” he said. 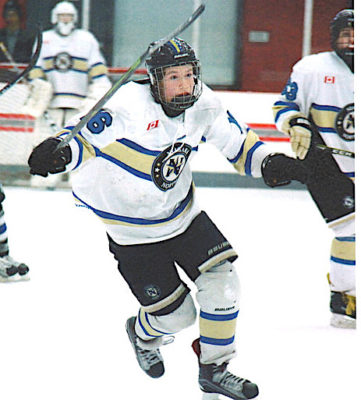 Holmes played for the Niagara North Stars last season where he collected nine goals and 26 points in 34 regular season games.

“Up and down,” Holmes said, when asked to describe his season. “The start of the year was good and the midseason I kind of hit my peak. At the end of the season, it was OK but I could have done better.”

“It was a great experience. I know what to expect from an OHL coach in the future. You have to be mature and be totally on when they are talking to you.”

Holmes, a Grade 10 student at A.N. Myer in Niagara Falls, isn’t sure what the future holds. He realizes it is a big jump from midget to the OHL for an 11th-round selection, but isn’t going to let that stop him from attempting to earn a roster spot at training camp.

“They didn’t tell me anything but from what my dad said they only drafted maybe one other centre,” he said. “He told me to work hard and that I have the ability to knock off the fourth-line centre.”

Holmes plans to hit the gym with his brother and fellow locals Dalton McBride and Spencer Smith, who were also drafted.