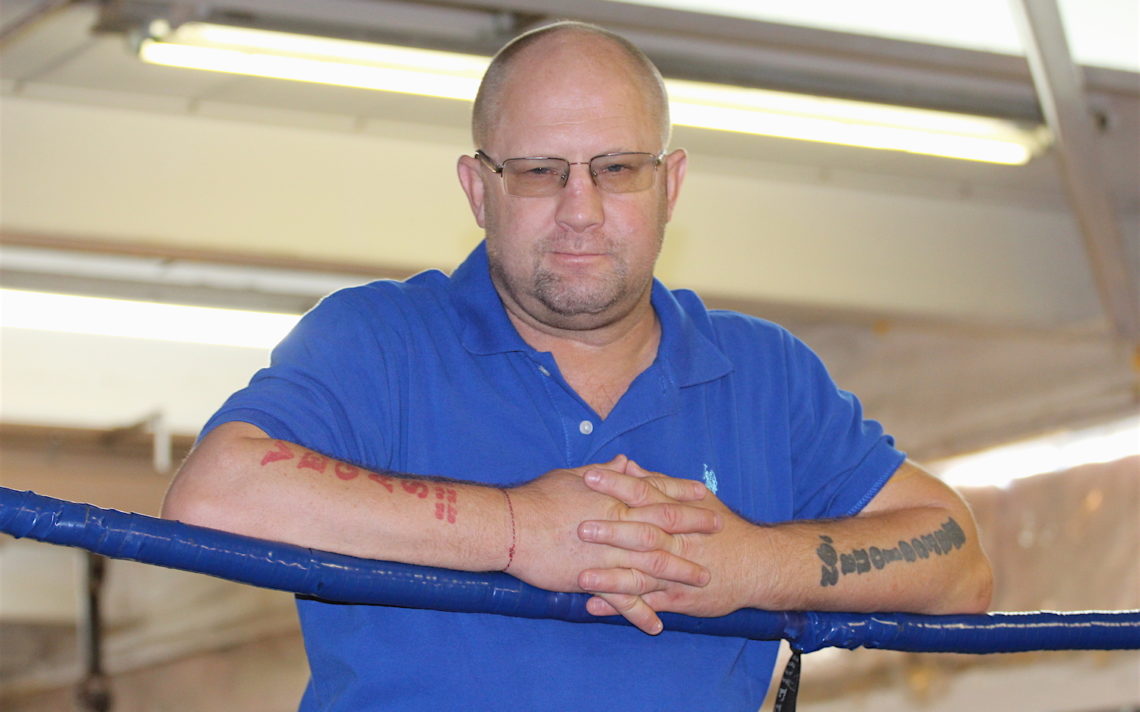 Billy Irwin is the new president of Boxing Ontario. Photo by BERNIE PUCHALSKI

Standing in his boxing gym in Niagara Falls, Billy (The Kid) Irwin remembers back when he really was a kid.

He recalls week-long Team Ontario training camps in Toronto and dual meets against the United States, England, U.S. states and other provinces.

“It’s scary for a young boxer when you go to fight a Brazilian, American or Cuban for the first time,” the 49-year-old Niagara Falls native said. “You are scared to death. I want to get to the point that they’ve been there and done that.”

And to get there, Ontario top amateur’s need more top competition.

“That’s what gets them the experience, that’s what makes them better and that’s what is going to get them to the next level,” Irwin said.

It certainly happened during his amateur career which included a ninth-place finish at the world championships, a bronze medal at the Pan Am Games and an appearance at the 1992 Olympics in Barcelona, Spain.

“By the time I went to the Olympics, I had fought at the world championships twice, at World Cups, the Commonwealth Games and I travelled the world,” said the former top-ranked lightweight fighter in the International Boxing Federation. “You did the stories on me going all over the world and by the time I got there I was ready.”

It was that desire to have today’s amateur fighters gain similar experiences that led Irwin to run successfully for the presidency of Boxing Ontario.

The vote was held on-line and in-person Sept. 29 and Irwin was told he won by a comfortable margin.

He attended his first board meeting on Monday night.

“There were three new members on the board and I’m pretty much the only one who knows all the board members, all the past board members and all the coaches and trainers. Once everyone gets to know each other, we can all work together.”

In his role as Boxing Ontario president, Irwin serves as chair of the board, overseeing finances, tournaments and the interests of the boxers and officials.

“There’s a whole bunch of things but I really got into it for the boxers,” Irwin said. “The goal for Boxing Ontario is to be the best province in the country and my job is to make that happen.”

Irwin has heard that Boxing Ontario has received a funding increase and he wants to use that money to get even more funding.

“If we get more guys who go to the Olympics and finish top 10 in the world, the more money the government is going to give us.”

At the club fighter level, Irwin would like to see a reduction in tournament registration fees for athletes competing at Boxing Ontario events.

“Each tournament is $40 or $50 and that’s too much,” he said. “I want to try to work on that unless that money is utilized towards making our top guys get dual meets against other provinces and countries.

“But I have to look at the finances, what is feasible and how we can make that happen.”

Irwin is confident he can make things happen.

“It’s a lot of work but my main job will still be here at the gym,” he said. “I am going to take care of my boys and girls and I have lots of time for the rest of it.”

Irwin retired from professional boxing in 2005 and began coaching with Fight Club Canada. There, he helped to develop a number of provincial and national champions. He and his brother Michael started Irwin Boxing almost a decade ago.