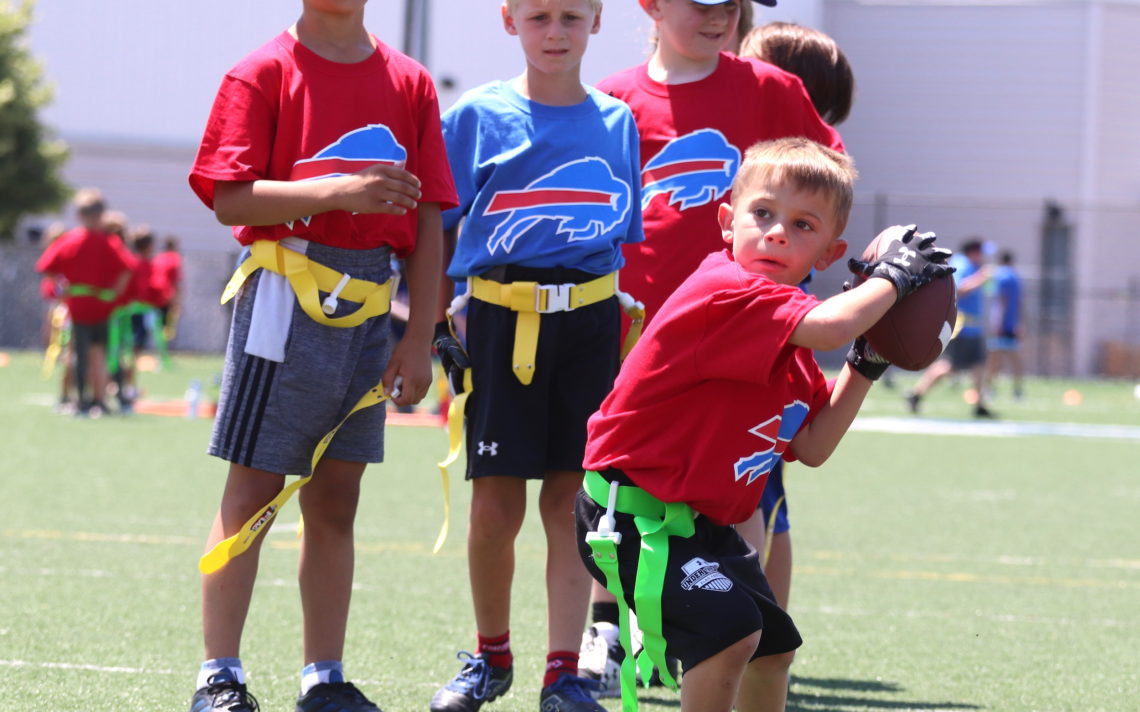 For the second time in less than a year, there was a Buffalo Bills invasion in Niagara.

The NFL team first hosted a flag football clinic last December at Youngs Sportsplex in Welland and this past Sunday it returned to stage another one at Kiwanis Field in St. Catharines.

More than 150 boys and girls, ages 6 to 13, took part in the clinic and it was clear they were having a blast.

“My favourite part of doing stuff like this is seeing the looks on the kids’ faces when they are out here,” said Preston Teague, the Bills’ senior director of youth football and programs. “They are having fun, smiling and having a great day with their families.”

The popularity of flag football has exploded the past couple of years in Canada and the United States and the clinics are geared for players with experience and also those who have never played before.

“We are excited to be up here. We love giving back to the game that we all love,” Teague said.

The clinics are great for the Bills on a number of fronts.

“The No. 1 thing for me is teaching fundamentals, teaching the importance of physical activity and getting kids involved in the game,” he said. “This is also a part of our market and we want these kids to come down and hopefully experience a game at our stadium, follow the Bills and become Bills’ fans in the future. But the main priority why we are here is to provide an opportunity for kids to be active and healthy.”

All the kids in attendance received a Buffalo Bills T-shirt, gift bag, a Josh Allen poster, a NFL water bottle and flag belts.

The Bills are also hoping to do a fall and winter clinic in Niagara in the months ahead.

“We are also working with Football Ontario and Football Canada on a number of different programs, including virtual coaching clinics, provincial championships and a number of other different initiatives,” Teague said.

“The fact that the Buffalo Bills want to continue to work with our organization to help grow football in Niagara just blows me away. We are talking about future, multiple dates per year now instead of one-offs.”

The next planned clinic will be for high school-aged players.

“It will be more focused on tackle,” he said. “This one is just flag.”

It took at least 20 volunteers to help make Sunday’s clinic run smoothly, including 15 youth and adults coaches from the NRMFA.

The association’s registration for the fall flag football season is now open. The leagues start in mid-August and run until mid-October. Age groups range from junior kindergarten to Grades 7-8. Games are expected to be played in Grimsby, St. Catharines and Niagara Falls and possibly Fort Erie and Welland.

“If we can get 80 kids in each of those five cities, we will schedule the games as close to home as possible,” Storin said.