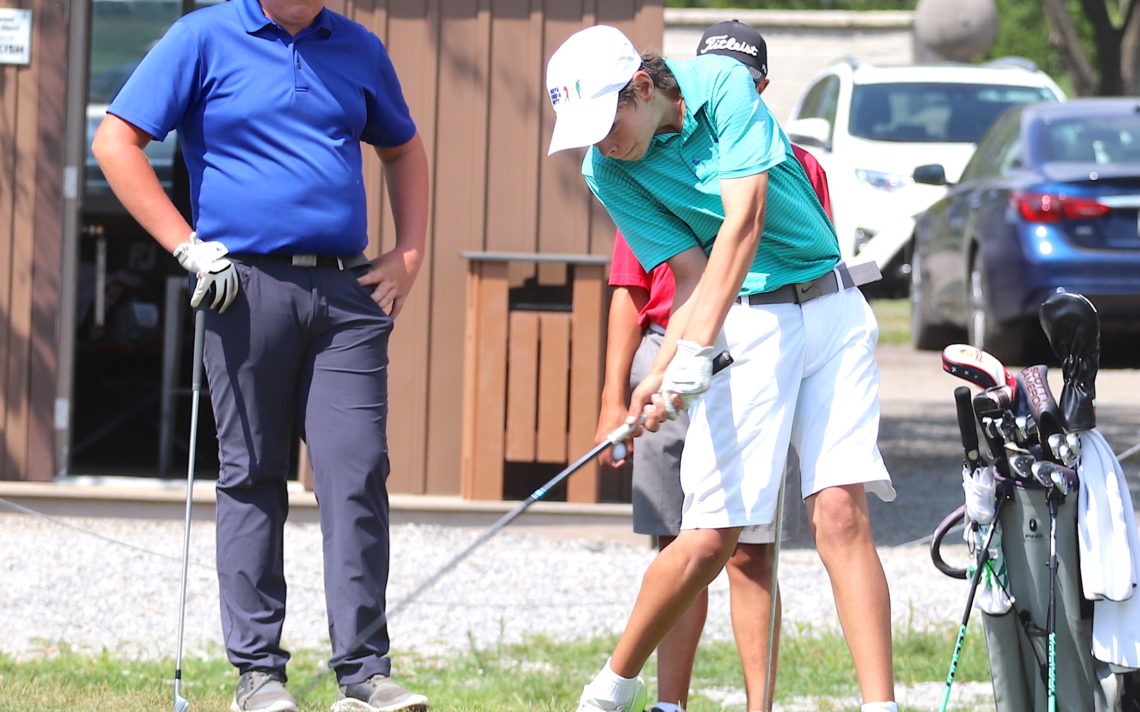 Michael Martel, pictured above, won the overall boys under-15 title and a Niagara Junior Golf Tour event Monday at Beechwood.

A second-place finish at Beechwood Monday helped Matthew Martel sew up under-19 boys player of the year honours on the Niagara Junior Golf Tour.

“I remember starting this tour and playing against kids like Nolan (Piazza), Ben (MacLean) and Luke (DelGobbo). I never thought that I would not only win some events, but I would actually win the tour one year,” the Lookout Point member said. “It is kind of crazy looking back three years later.”

The Fonthill resident did a number of things well to win the overall points crown and tournament titles at Legends on the Niagara Battlefield, Willodell and Rolling Meadows. He also tied for first at Grand Niagara.

“For the most part, I played pretty consistently and when it was going bad I did well not to lose my cool and kind of explode,” the Grade 12 student at Notre Dame said. “I just went out there and focused on having fun and not takingit  too seriously to the extent that it is not even enjoyable any more.”

Having fun is key to Martel’s success.

“For me, I find that when I get really frustrated I have a tendency to spiral. You have to take a look at the tournaments for what they are: a great experience and a good place to hone your skills.”

He feels the biggest improvements he made this season were in his short game and his overall play.

He has yet to make up his mind where his golf career will take him.

“I definitely would like to take a look at getting into the States but I wouldn’t sacrifice my education for it,” he said. “Unless I got a really good offer, I would probably stay in Canada and maybe play on whatever school’s golf team I end up going to.”

Martel was delighted to see his younger brother Michael win the overall points crown in the under-15 division.

“For him, it was a bit of a tougher road this year than in years past but it’s kind of cool that we would both end up winning it in the same year.”

Hudson Mielko, a 15-year-old Grimsby resident, recorded his first ever win in the under-17/19 division after winning at Rockway Glen last year in the under-15 division. His 71 at Beechwood was one shot better than Martel.

“It is a very big thrill to win,” the Grade 10 student at Blessed Trinity said. “I wasn’t expecting much coming into the tournament because I felt like I wasn’t ready to shoot very well. I guess everything clicked.”

Heading into the tournament, the Lookout Point member fired rounds of 85 and 83.

“My swing wasn’t really there for the past couple of rounds that I had.”

Monday’s win will be a large boost of confidence heading into 2021.

He has seen his iron play improve significantly this season.

“They are much longer than they were last year and I have gained about 20 yards distance,” he said. “And they have been straight as an arrow.”

Michael Martel won the final stop on the Niagara Junior Tour with a 75 Monday at Beechwood and the win helped propel the Lookout Point member to the overall points crown in the under-15 boys division.

It was the first overall under-15 points crown for the 13-year-old Fonthill resident after two overall crowns in the under-13 category.

“I didn’t exactly play the best in the middle of the season,” the St. Alexander graduate said. “The first two tournaments I played well and then it got shaky for a couple and then the last two I did pretty well.

“I just kept working hard and tried to keep it up.”

His biggest improvement this season came in his iron play.

“It has been more dialled in compared to past years.”

He is early in his golf career and isn’t sure where the game will take him.

“I am hoping for a scholarship eventually.”

Michael was excited to win an overall points title along with his older sibling.

“It is pretty cool to have that,” he said. “He has really improved this year and I am happy to see that.”

Kian Oelofse was a double winner Monday at Beechwood.

The 12-year-old Fonthill resident fired a 78 to tie Ben Julie for top score in the under-13 division on the Niagara Junior Tour and in the process wrapped up the overall point crown in his age category.

The Grade 7 student at St. Alexander came second in the only junior tour event he played in last year before committing to the tour full-time in 2020.

“When I played in the tournament last year, I really enjoyed it a lot,” the Lookout Point member said. “I usually play soccer but there was no soccer this year and I needed something to keep me busy.”

“I’m quitting soccer next year so that I can do the tour again,” Kian said. “I just love it not knowing what can happen coming into the day. One day you play bad and the next day, you play really, really good.”

He feels it was improvements in his short game that led to his unexpected success this summer.

“I did surprise myself a little after the first two or three tournaments.” 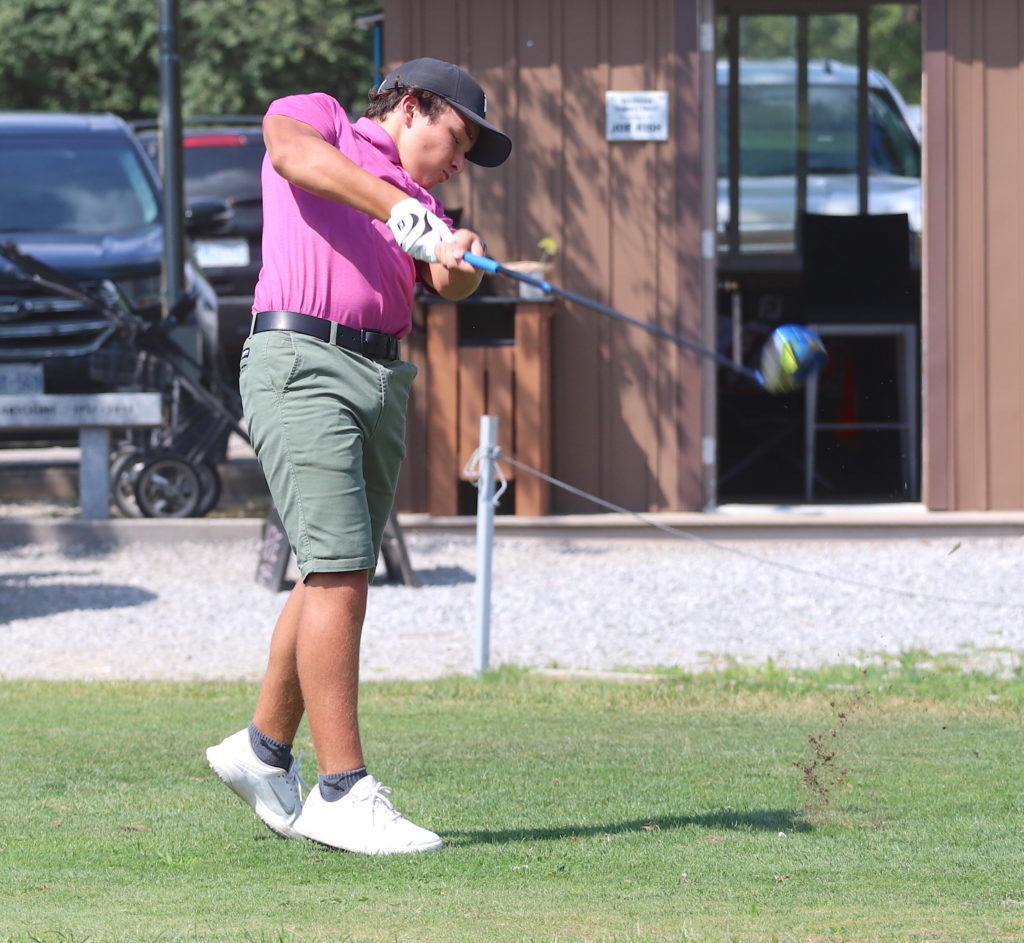 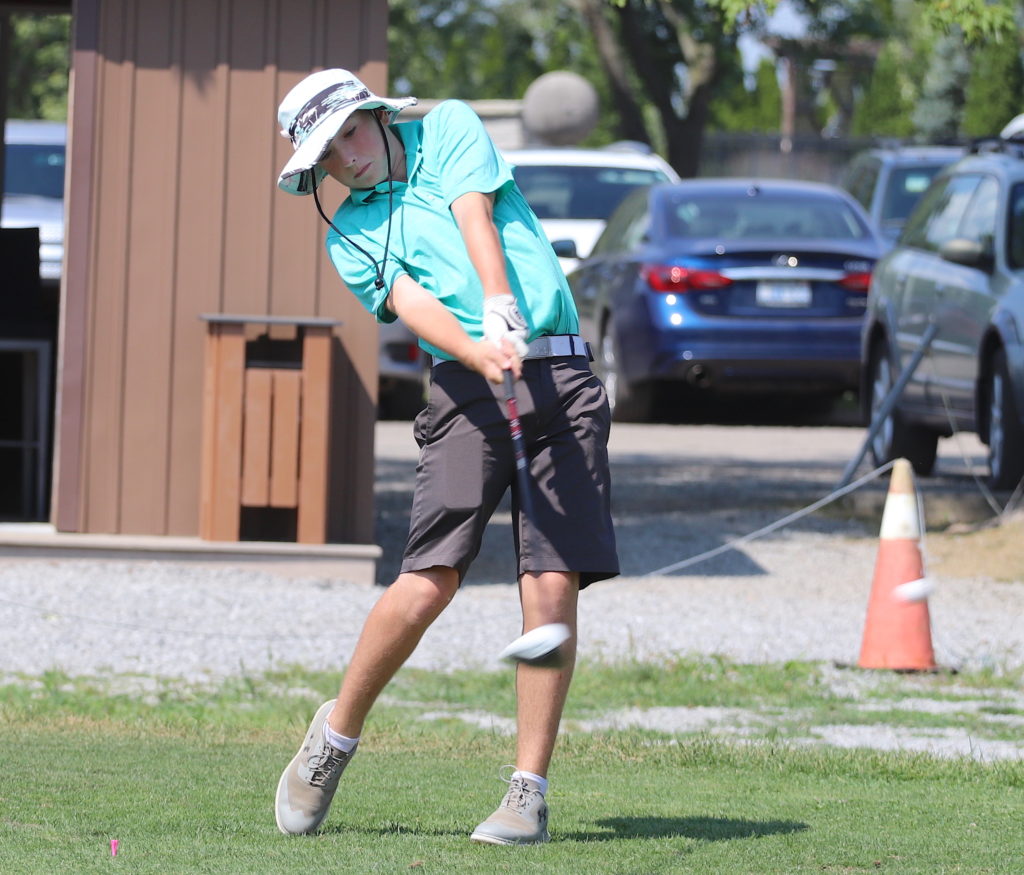 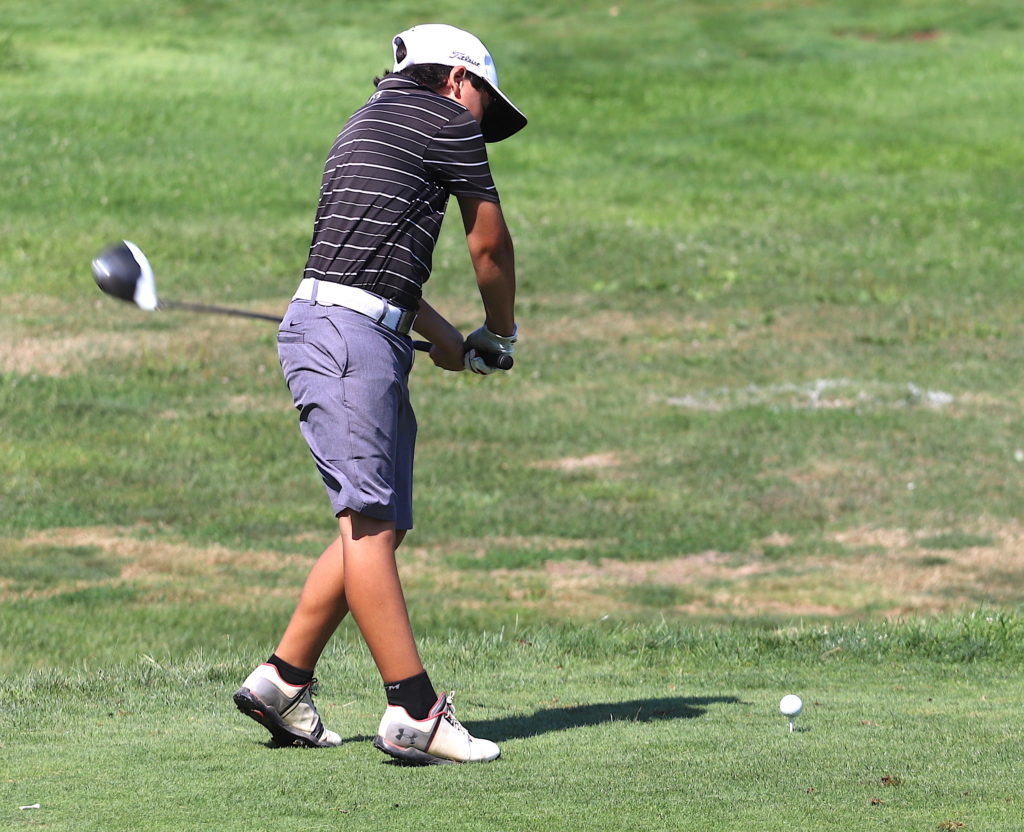