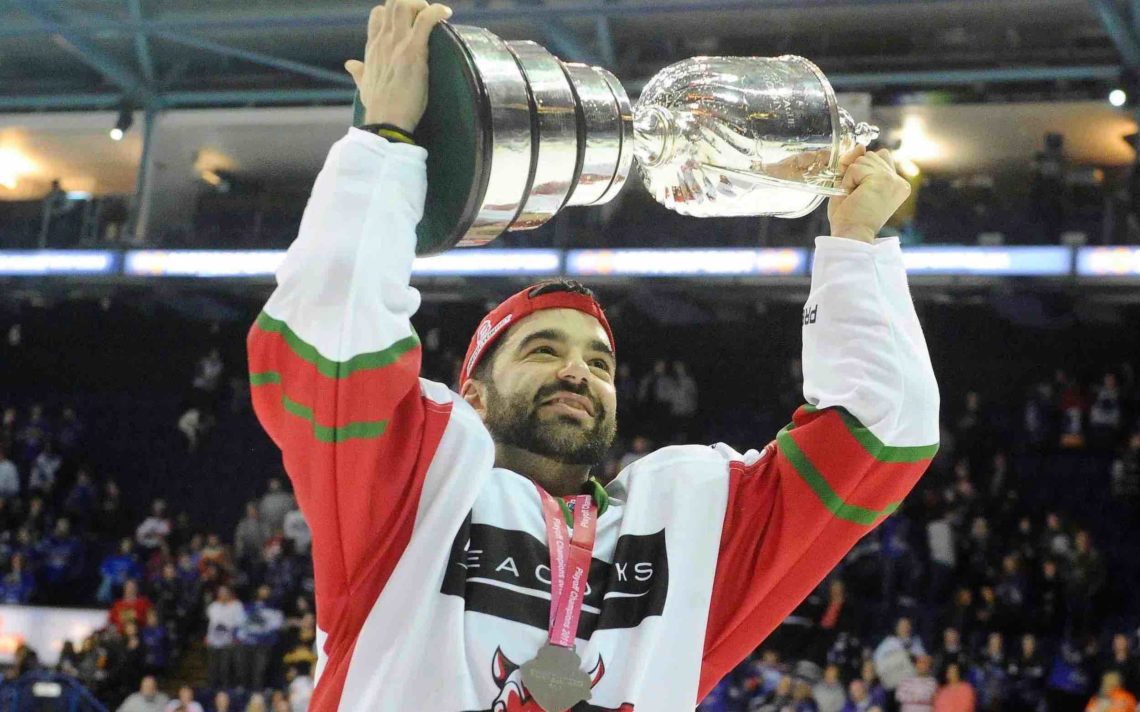 Sean Bentivoglio put family first when he decided to finally hang up his skates.

The 35-year-old Thorold native enjoyed a successful 10-year career in Europe in three countries, but knew at some point it would come to an end.

“For the last three or four years my wife (Jenna) and I were saying this is going to be our last year and then I would go on to have a good season so it would be tough to walk away at that point,” Bentivoglio said. “It was always one more year.”

Bentivoglio played the 2019/20 season with the Cardiff Devils of the British Elite Ice Hockey League, but just before leaving for another season, came news that made his decision to retire a little clearer.

“Literally three or four days before we were leaving to go back to Cardiff we found out my wife was pregnant with our third child,” he said. “Before we left, within those three or four days, we decided there was no way we were travelling back and forth with three kids. It would just be too much. It was time to call it a career.”

Bentivoglio played 14 years professionally, including one in Germany, four in Italy, and four in Wales. Before his move to Europe, he played more than 200 games in the American Hockey League with the Bridgeport Sound Tigers, the top affiliate of the New York Islanders. He also got into one game for the Islanders in the 2008-09 season.

“I don’t think you’ll ever talk too many professional athletes who want to walk away,” he said. “There aren’t many guys who can say they played professionally until they are 35 so it’s always going to be hard to walk away. I definitely miss it, but at the same time, I know it’s time to start a different chapter in my life.”

Bentivoglio has no regrets.

“It’s definitely gratifying. Now that I’m part of the real working world you realize how lucky you have it day to day when your only obligation is to go to the rink for a few hours and practice and train with your teammates and friends while you’re making a living.

“I feel blessed I was able to have that opportunity because not a lot of guys do.” 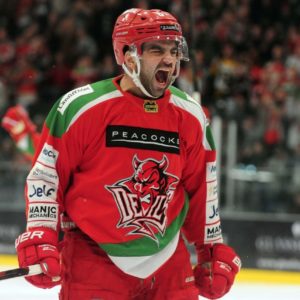 He loved the experience of playing hockey in Europe.

“Germany was great. It was my first experience there and everyone was so friendly. It’s just a different atmosphere and a different way of living,” he said. “Things are more laid back. Then I went to Italy and things were even more laid back. I was in a small town and there is no Wal Mart or Sobeys that are open 24 hours a day.”

He played the last four years in Wales where fellow Thorold native Joey Martin was a teammate.

“You’re in Europe but you’re in the UK (United Kingdom) so it’s English-speaking. It’s not like the rest of Europe. It’s a very similar culture to here. It was a great experience and they have a very passionate fan base there. That league has a great following. You’d never associate UK with hockey but some of teams in the bigger cities get 7,000-8,000 fans a game.”

Bentivoglio, who earned an degree in accounting from Niagara University where he played four seasons before turning pro, added to his education while in Europe, taking advantage of a program with the Devils, who paid for him to earn his masters degree in finance.

Bentivoglio has put that education to good use. He settled in Waterdown where he is now working with Investor’s Group Wealth Management (https://advisor.investorsgroup.com/en/sean_bentivoglio).

“Hockey players are very successful in these type of roles because technically I’m running my own practice under the Investors/IG Wealth name,” he said. “You have to be very self-motivated and a lot of athletes who get into it do well because you have to put in that extra to be able to succeed.”

He started in August and admitted it was a different lifestyle, but in a positive way.

“It think it was a shock in a good way,” he said. “The initial couple of months was busy not only are you learning about how the business works and you’re dealing with clients, but you’re also doing all this training behind the scenes to know more about everything. Before you know it you’re a month in, you’re two months in.”

Bentivoglio still has family in Thorold and has fond memories of his time with Blackhawks where his junior career started as a 16-year-old.

“Chris (Risi) and I were playing bantam A and we were in Grade 10. Going into Grade 11 we were going to try out for the junior B team. We didn’t think too much about it. We didn’t know if we would have a chance and ended up having good training camps,” he said.

Bentivoglio and Risi turned out to be two of the top local players even to suit up for the Blackhawks — both of their numbers have been retired and hang on a banner at the Thorold Arena.

“Our second year we really hit our stride and became top-end players in the league and we were only 17,” he said.

He gave a great deal of credit to team owner and coach Dan Timmins for his success.

“Danny liked to take care of the Thorold kids and was a big believer in local, which was great,” he said. “I wonder thinking back if Danny wasn’t there if we would have had the same opportunity. It’s tough to say. It was great Danny gave all those kids that opportunity.”