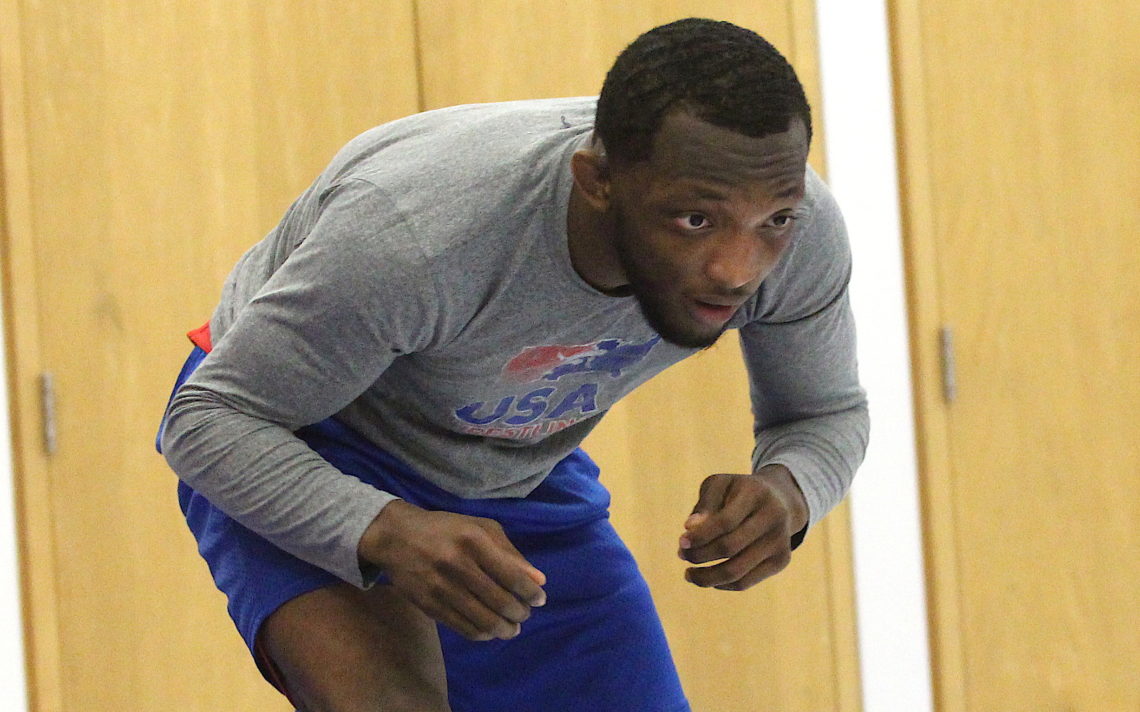 One of Canada’s top male wrestlers is faced with the heartbreaking choice of hoping that his promising athletic career is over.

Five-time defending senior champion Jevon Balfour has a detached retina in his left eye and is left with two possibilities. If doctors are able to reattach his retina, it will be too risky for him to continue wrestling. If the retina can’t be repaired, he can continue wrestling, but he will be facing a lifetime of severely restricted vision in the eye.

“It is frightening, for sure, but at the end of the day I can’t do anything about it,” the Brock Wrestling Club member said. “If I can pick one, it is obviously to see out of this eye, but I don’t know which one is going to happen right now.”

“I can see a lot of light, but I can’t make out details.”

The 24-year-old Brampton native can’t even pinpoint when he suffered the injury. Getting poked in the eye is a common occurrence in practice and in competition and it was one of the pokes that did the damage.

Like every high-performance athlete in the Brock wrestling room, Balfour has put his life on hold and has been training like a fiend to chase his Olympic and world championship aspirations.

He gets closer every day to reaching his dreams and is surprisingly philosophical about the major curve ball he has been thrown.

“It is the same thing as wrestling,” the recent Brock graduate said. “It teaches you a lot and you have got to be level headed.

“This sport was going to end for me sooner or later — obviously it sucks that it could be sooner then it could have been or sooner that I wanted it to — but what can I do?”

He prefers not to moan about his bad fortune.

“Everyone keeps asking me how I am reacting this way, but I don’t know,” he said. “I can’t explain it, but in my mind it is already one or the other.

“Whatever happens, I am going to go with that route.”

His chosen route is obviously having the retina reattached.

“If not, I am going to work my ass off to become that Olympic champion that I want to become.”

If his wrestling career his over, the social science graduate is not sure what he would do next.

“I will figure it out step by step.”

Balfour competed at the recent Pan Am Games and was still able to bring home a bronze medal in the 74-kilogram division despite the injury.

“It didn’t feel like my eye sight was terrible, until I close my right eye,” he said. “It must have been a competitive disadvantage, but I don’t like to think that it was.

Balfour lost to Puerto Rico’s Franklin Gomez Matos in the semifinals before beating Argentina’s Jorge Llano by technical superiority (11-0) in the first round of the bronze-medal match.

“It was very nice to win, but I knew I could beat this guy,” he said. “If it was a harder match, it would have been a lot more satisfying.

“But it was still very, very sweet to know that I am making progress.”

Balfour’s 74-kilogram weight class at  the Pan Ams was loaded with top wrestlers, including Olympic champion Jordan Burroughs from the United States and Matos, a former world medalist.

Balfour fell behind early to Matos and had to take chances to try and get back in the match, Losing 11-0 was a tough pill to swallow because he had lost 3-2 the last time the two had squared off.

“I got out of position and I was not as focused in the beginning,” he said. “I was down by too many points and I had to do something.”

But with every tough loss comes a lesson learned.

“This guy is good, I am good and it’s going to be a battle.”

“This was my second Pan Am Games — the other one was in Toronto — and I am not trying to be biased but Toronto was a better Games.”

He enjoyed the entire experience.

“The stadium was really nice, the fans loved us as Canadians and it was pretty good.”

“I would say that he had the toughest weight class at the Pan Ams on the men’s side,” she said. “He wrestled well, but when he wrestled Gomez, he got caught right at the beginning and he had a hard time getting back on track.”

Balfour and the Canadian coaches have high expectations for him.

“He is starting to prove that he is there with the top guys,” Verbeek said. “He is super eager to put it all together and he’s doing what he needs to do to do that.”

The Commonwealth Games silver and bronze medalist has not been practising this week while he waits for news about his eye. If his wrestling career is meant to continue, he will need to start preparing for the senior world wrestling championships Sept 14-22 in Kazakhstan.

A top six result would guarantee a spot for Canada in his 74-kilogram weight class at the 2020 Olympics in Tokyo. Canada’s Olympic trials will be held Dec. 6-8 in Niagara.

“I want to find out what is going on right now,” he said Tuesday. “They are in there training and I wish it was me.” 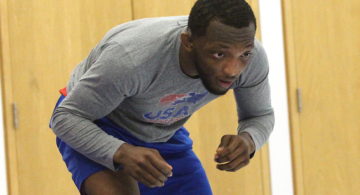 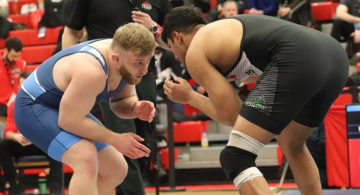