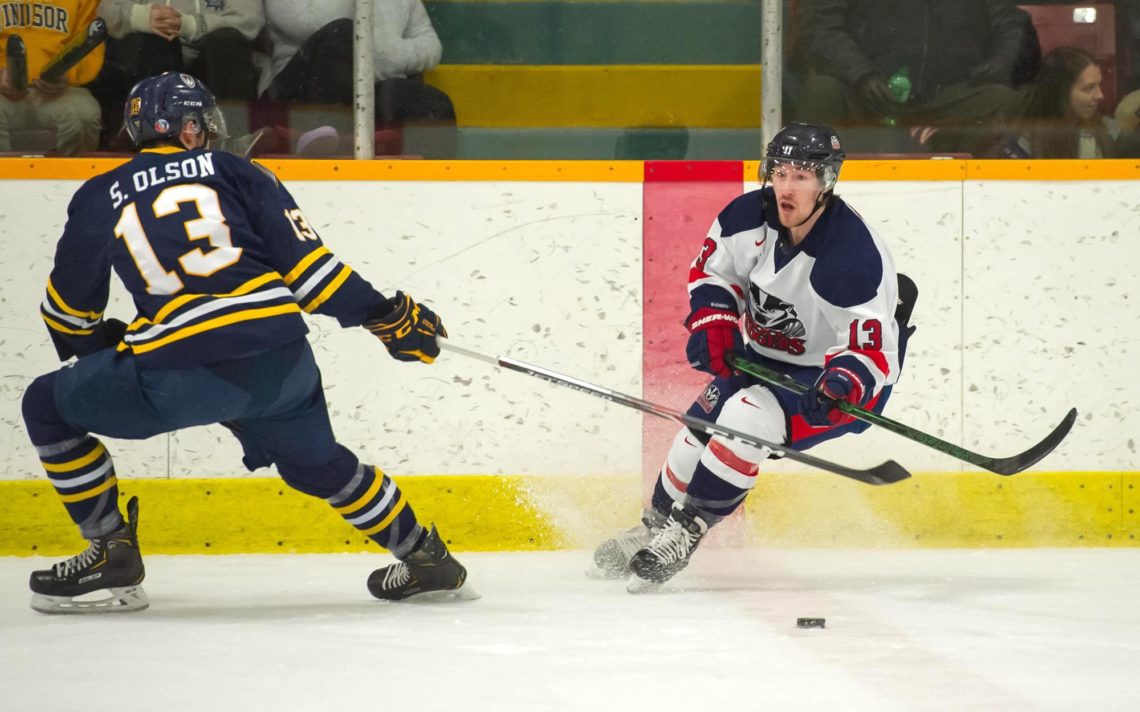 The Brock Badgers topped the Windsor Lancers 6-3 Wednesday in the opener of their OUA playoff series. Photo by: BROCK UNIVERSITY.

The Brock Badgers’ offence finally got untracked and the timing couldn’t have been better.

The Badgers have struggled to score goals all season but Wednesday night the offence came to life in a 6-3 win over the Windsor Lancers in Game 1 of their best-of-three Ontario University Athletics men’s hockey playoff series.

“We got to rebounds and used our speed to create (offence),” Brock head coach Marty Williamson said.

The Badgers led 3-0 after the first period and Berg scored a breakaway goal just 48 seconds into the second.

“Game 1 of any series is always one of the most intense. We wanted to make sure we had a strong start,” Berg said. “Once we got a couple goals, we just started to roll. It was great to see so many guys step up in different ways to help get the win.”

Down 4-0, the Lancers rallied as former St. Catharines Falcon Brennan Feasey scored back-to-back goals and Bryce Yetman scored a power-play goal to bring the Lancers within a goal before Marino’s and MacDonald’s late-game markers put the game out of reach.

Frankie Pucci and Christian Girhiny each tallied two assists while Maletta, Jordan Sambrook and Justin Brack each collected one assist.

Goaltender Mario Culina made 29 saves in net for the Badgers.

The Badgers host Game 2 at the Seymour-Hannah Sports Complex Friday at 7:15 p.m.

“It was a great team effort to a man and we need to keep composed and play the same way Friday,” Williamson said. 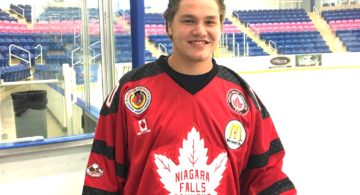 “It was pretty awful” 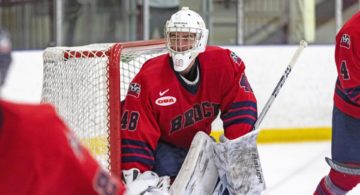