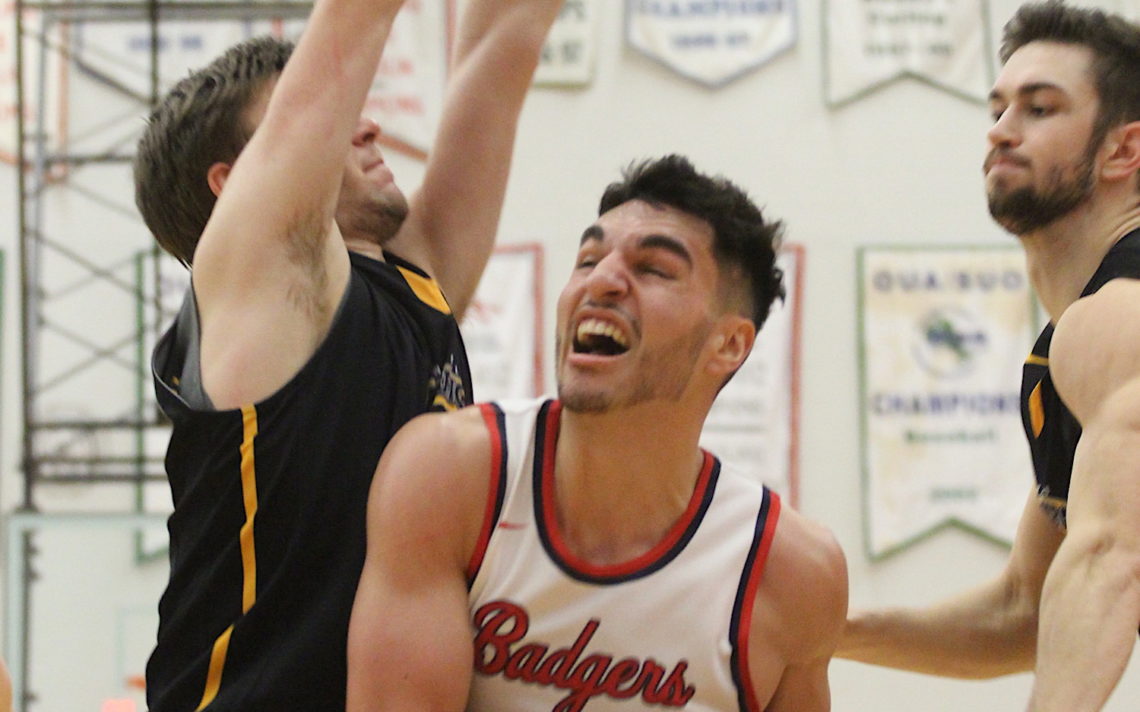 The No. 2 ranked Brock University men’s basketball team recorded their ninth straight victory as they defeated the Waterloo Warriors 100-78 Saturday on the road.

“I’m happy for our guys who secured the top spot in the West Division,” Brock coach Charles Kissi said. “We have four more games before playoffs and so we will continue to focus on one at a time.”

The two teams played an almost even opening half with Brock trailing 23-21 after one quarter and down 50-46 at the half.

“After a slow start we began to play to our standard,” Kissi said. “We responded with great intensity in the second half.”

Brock had four starters in double figures led by Cassidy Ryan who registered a career high 34 points going 13-for-21 from the field. Dani Elgadi added 18 points and eight rebounds while Daniel Cayer and Johneil Simpson both chipped in with 11 points in the victory.

The Badgers are at home next week when they host the Lakehead Thunderwolves Friday and Saturday night at the Bob Davis Gymnasium. Game times are scheduled for 6 p.m. for the women and 8 p.m. for the men.

“We struggled today. We have all year struggled to set tone on the road and it was a focus today,” Brock coach Ashley MacSporran said. “We failed to come in with intensity and dictate. We came out and ran for first three minutes and then let a few turnovers rattle us and stopped our style of play on both ends.”

MacSporran is focusing on the process at this point in the season.

“The conversations we have are about taking steps forward for the program and what we want it to look like. Today we did not take a step forward,” she said. “We want to end our last two home games playing Brock style of basketball and change how we play on the road to end the season.

“It is a special young team that has had to endure a lot of learning lessons this year. We always want to get better. We don’t lose. We learn and get back in the gym to do that.”