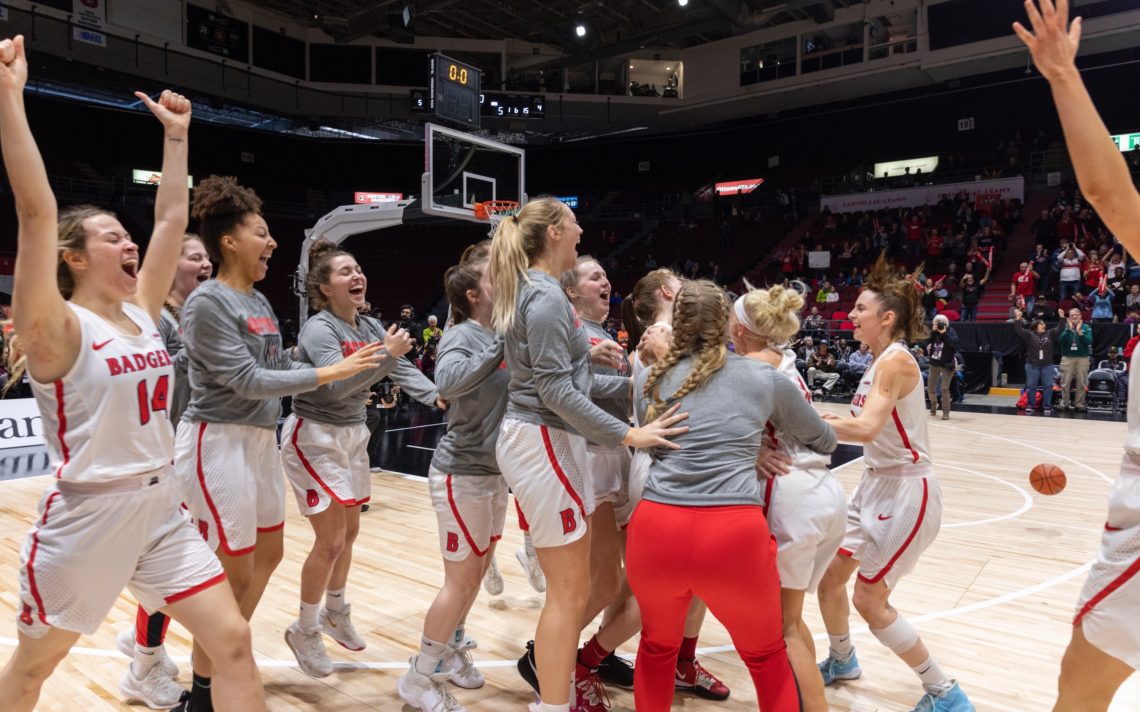 Badgers one win from gold

The Brock Badgers women’s basketball team defeated the University of Prince Edward Island Saturday to advance to the USPORTS gold medal game for the first time in school history. Photos by: STEPHEN LEITHWOOD.

The Brock Badgers women’s basketball team is going for gold.

The Badgers will be playing for the USPORTS championship for the first time in school history after defeating the University of Price Edward Island Panthers 69-55 Saturday afternoon in semifinal action at TD Place in Ottawa.

Brock will take on the No. 1 seed University of Saskatchewan Sunday at 5 p.m. for all the marbles. (Livestream: CBCSports.ca)

“I wouldn’t rather do it with anybody else. My team is amazing.”

The Badgers led 51-48 heading into the fourth quarter before seizing control of the game and outscoring the Panthers 17-7 in the final 10 minutes.

“We’re literally an army,” said Tatti, who played all 40 minutes and scored 13 points. “We never let down. We play like we’re behind 15 points. Every possession we’re giving it and we definitely put the hammer down in the fourth.”

Sam Keltos, who led the Badgers with 23 points and 17 rebounds, agreed. 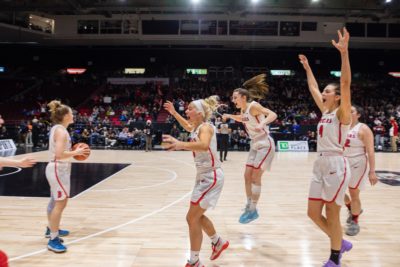 “Honestly, when we’re up like that we never think we’re up,” she said. “To us, it’s a close game and anything can happen. We just keep pushing it and keep doing our thing.

Brock coach Mike Rao tipped his cap to his two offensive stalwarts, who both never came off the floor.

“First of all, these two (Sam Keltos and Melissa Tatti) came to play so I applaud them, first and foremost,” he said.

Rao felt good defence in the final quarter was the difference.

“I think the turning point was finally getting No. 4 (PEI leading scorer Jenna Mae Elsworth) under control. Once we contained her and had a little help, the defensive effort made the offence a little better.”

Rao also felt the Badgers moved the ball more efficiently as the game went on.

“We passed the ball a little better in the second half, not as well as I would have liked, but it was pretty good,” he said.

Sofia Croce added 10 points and eight rebounds in 28 minutes of play while Kristen Gallant had nine points in 38 minutes and Jessica Morris eight points in 32 minutes. Jenneke Pilling contributed six points and five assists in 16 minutes off the bench.

UPEI will face Laval at noon for the bronze medal.