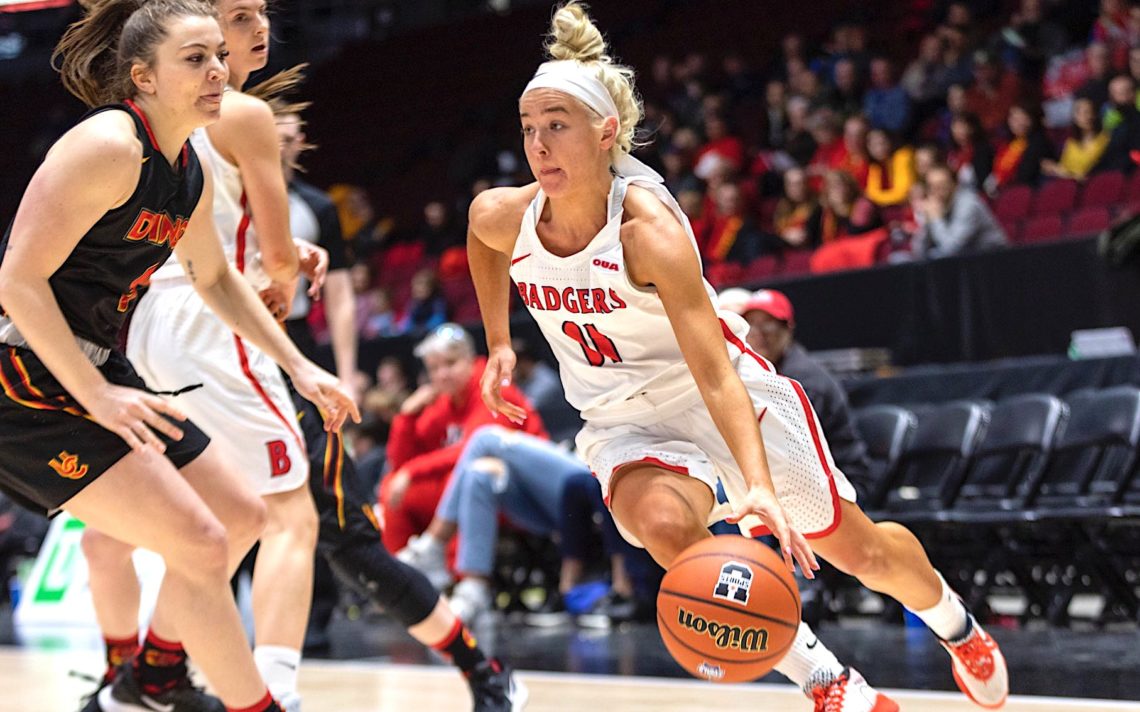 Badgers knock off Dinos at nationals

The Brock Badgers edged the University of Calgary Dinos 72-71 Thursday in a quarter-final game for their first win at nationals since 1983. Photos by: STEPHEN LEITHWOOD

Melissa Tatti came through in the clutch once again for the Brock Badgers women’s basketball team.

The Ontario University Athletics Player of the Year scored the most important basket of the season in the Badgers most important game Thursday at the U SPORTS championships at TD Place in Ottawa.

Tatti’s layup with 25 seconds remaining was the difference as the Badgers topped the University of Calgary Dinos 72-71 in a quarter-final game for their first win at nationals since 1983. 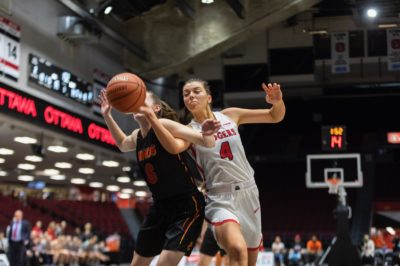 With the Dinos up 71-70, Tatti drove the lane and put the Badgers up for good.

“It was crazy,” Tatti said. “I honestly didn’t know we were up. I didn’t know that last layup put us up by one. I thought it tied the game, so I was honestly a little shocked.”

Tatti, who finished with 17 points, was still floating even about a half hour after the game when talking about the win and the overall experience.

Brock led 57-54 after three quarters before the Dinos went on a 7-2 run to take the lead. The lead switched back and forth several times in the fourth.

“Everybody was tremendous today.”

Rao said the second-ranked Badgers tried to keep it simple when preparing for the Dinos, who lost just two games this season and were ranked seventh. 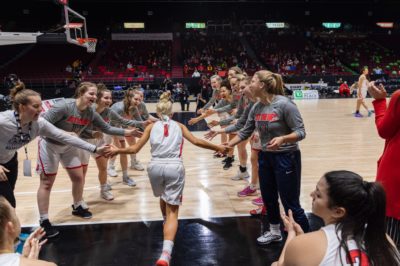 “We just kept doing the same things we were doing,” he said. “There is no use changing now. We didn’t overly prepare or do anything too different. We just went about our business, that’s it.”

The Badgers now advance to the semifinals versus the University of Prince Edward Island Panthers Saturday at 1 p.m. The Panthers knocked off the Ryerson Rams earlier Thursday.

“Much respect to UPEI for beating Ryerson. Ryerson is a tough team to beat,” Tatti said. “ We can’t underestimate them (UPEI). We know that’s a weaker conference but we can’t take that at all. We watched them play and they can play.

“We’re just going to stick to the game plan and play our game and hopefully the outcome is the same as today.”

Samantha Keltos led the Badgers with 24 points and was named player of the game for Brock. Jessica Morris added 20, including 17 in the first half, while Jenneke Pilling had nine off the bench.