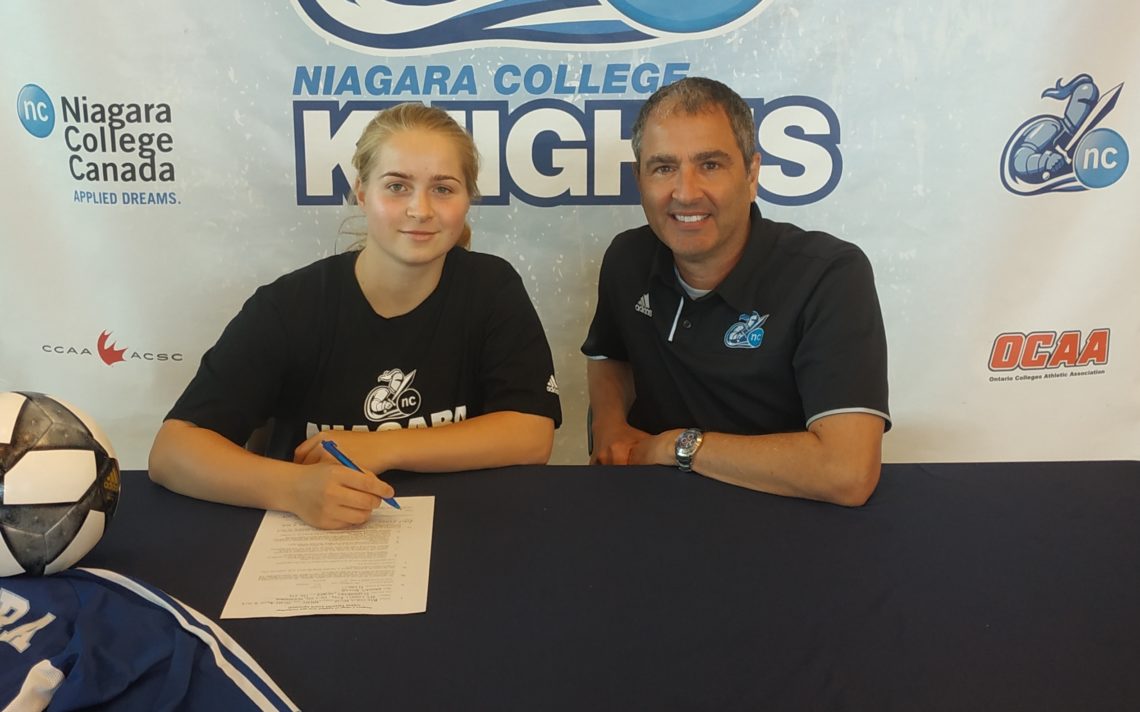 Keller, who attended Niagara for general business, first contacted Niagara head coach Rob Lalama back in 2017 and asked to practise with the Knights women’s program.

“She immediately clicked with all the players and the staff,” he said. “As soon as training began, it was clear that she was a talented player. From there, the relationship with her and the team grew.”

Keller returned home to Roskilde, Denmark, after the school year, but kept in contact with Lalama about future visits to Welland for team practices and attending sessions. The pair began to have serious conversations about Keller returning to the college as a full-time student.

Those conversations came to fruition with Keller enrolling full-time this fall in the general business program. Lalama credits Joanne Maltby from the Niagara College International Department for making things come together.

“This is a prime example of how important it is to continue to build strong relationships with different departments on campus,” he said. “Whether it’s faculty, recruitment, or in this case international, these relationships help ease the process in bringing in new student-athletes every year, and I’d like to thank Joanne for her work with Vicky.”

Lalama is thrilled about the addition of Kellar to a team that finished just shy of the Ontario Colleges Athletic Association’s medal round last season.

“We’re excited to add Vicky to our lineup,” he said. “Her addition is another step forward in building this program into a provincial and national champion.

“I believe Vicky will be a dominant player in the OCAA.”

Keller and the Knights kickoff their first game of exhibition action Wednesday evening against George Brown College. Game time is set for 6 p.m. at Youngs Sportsplex followed by the men at 8 p.m.

Lookout Point’s Isaiah Ellis fired rounds of 75 and 77 at Deer Creek in Ajax to tie for ninth at the Ontario Bantam Boys (under-15) Golf Championship. 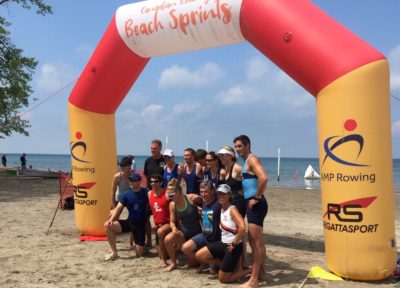 St. Catharines rower Margaret Gralewicz was in a mixed quad that emerged as the winner at the Canadian Rowing Beach Sprints held this past weekend in Port Dalhousie.

Leander’s Aubrey Oldham won the men’s solo and mixed double to advance to the World Beach Sprints this October in China.

The women’s winner was from the Don Rowing Club in Mississauga. 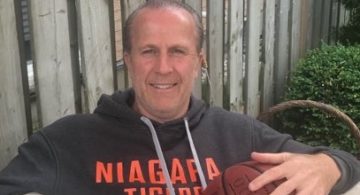 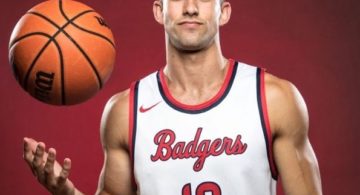