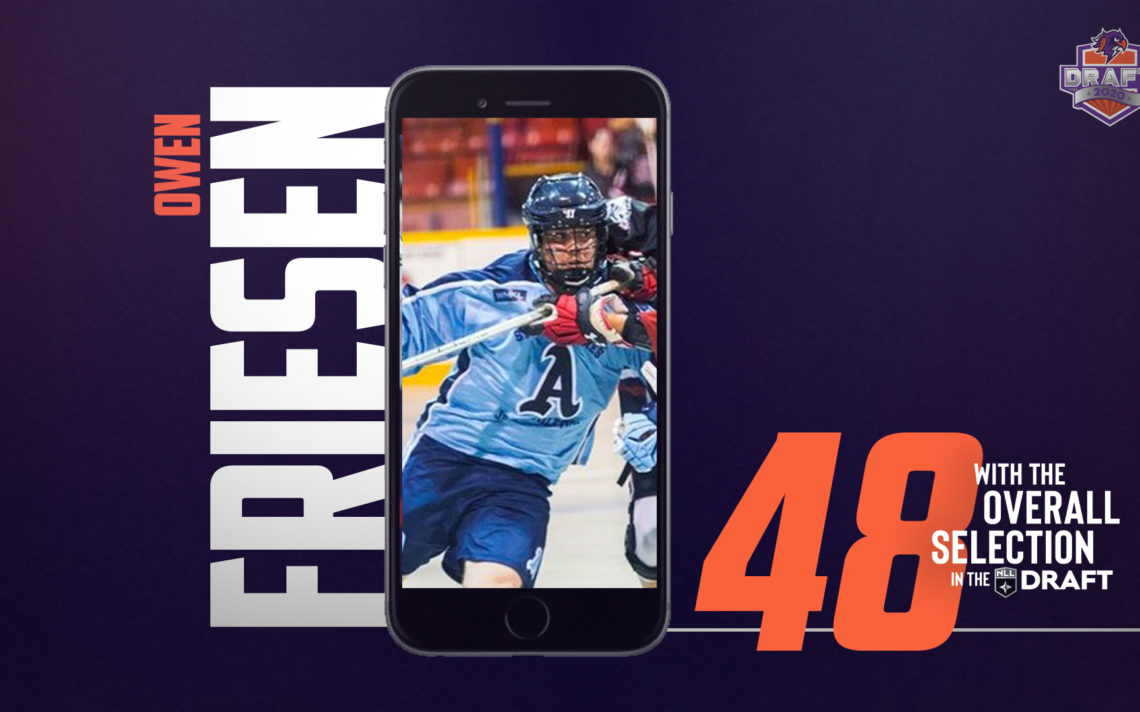 Athletics in demand at NLL draft

Goaltender Laine Hruska and defender Wyatt Haux, who were picked up from the Saskatchewan Swat of the Alberta Junior A Lacrosse League in the off-season, were also selected.

Athletics general manager Jeff Chcoski was brimming with pride when asked about the draft.

“It’s more about the program and how great it is for the program,” he said. “We had five kids drafted last year, obviously five this year, and we could have up to six or seven drafted next year.

“It’s about the coaching staff, it’s about the board of directors. A night like that is about everybody and I’m just so proud of the organization and I’m even more excited for the kids who got drafted.”

Friesen, a 21-year-old St. Catharines native who attends Brock, was selected in the third round (48th overall) by the Halifax Thunderbirds.

“In the last year, I’ve never seen a kid work so hard with conditioning to get himself into a better frame of mind,” Chcoski said. “He is an ultimate team guy who will do anything for the players on his team and he’s a great room guy also.”

Kit, a 21-year-old St. Catharines native who attends the University of Western Ontario, was selected in the fifth round (74th overall) by the Philadelphia Wings.

“John Kit is one of those guys who is a little bit of a late developer,” Chcoski said. “Towards the end of last year, he was probably one of our top defenders. He’s a quiet kid who just works his tail off. He’s a great transition player with great speed and a pretty good stick.”

Sam LeClair is a Welland native who attends Brock and was chosen in the sixth round (86th overall) by the Colorado Mammoth.

“He came on late but he has a great outside shot,” Chcoski said. “The boys really take to him. He goes out there and works hard night in and night out and he can score the ball.”

“They were both off-season moves to prepare for the Minto Cup,” Chcoski said. “With Laine going in the first round, it tells you what type of kid he is.

“I’ve never met him, I just talked to him over the phone, but he’s a great character kid from what I understand. He just works his tail off and for a big guy, can move pretty well in net.”

Hruska, who also plays basketball, is quick on his feet.

“He’s a big kid who brings some toughness to our team,” Chcoski said.