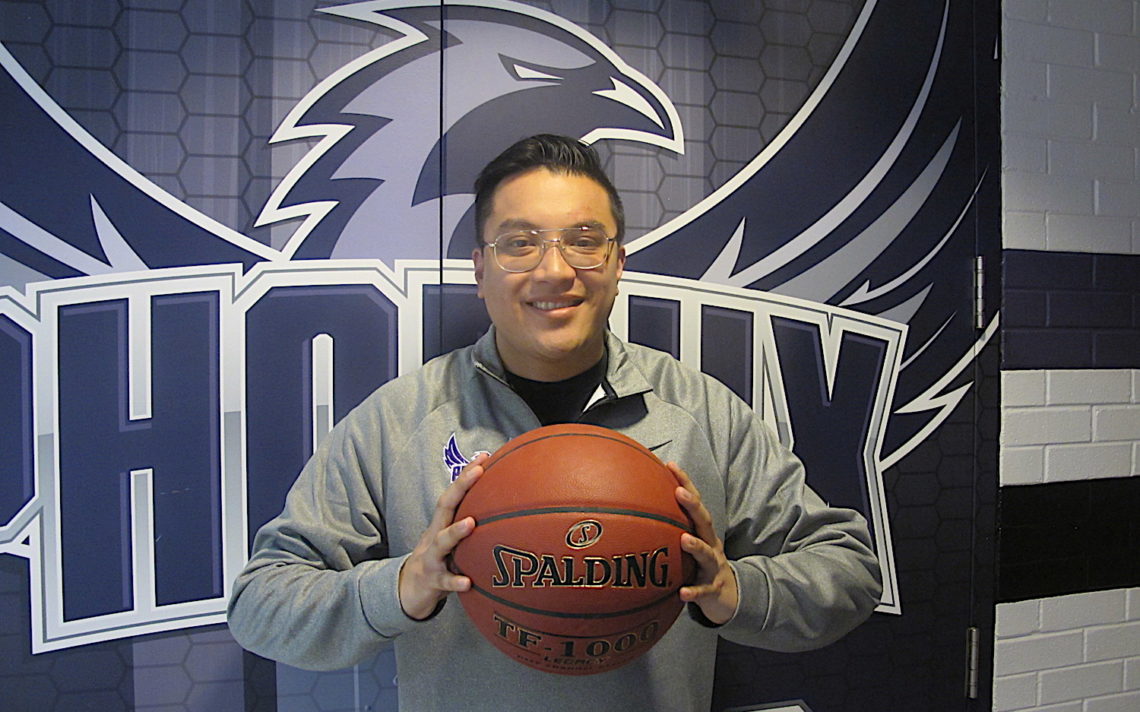 Former St. Francis Phoenix player Jeremy Dela Cruz is giving back to the school as an assistant coach. Photo by: BILL POTRECZ

Jeremy Dela Cruz loves giving back to the sport of basketball.

The 28-year-old St. Catharines native earned a pair of OFSAA silver medals in 2006 and 2007 with the St. Francis Phoenix senior boys basketball team and is now on the bench as an assistant coach attempting to help the Phoenix maintain their level of excellence.

“I’m born and raised in Niagara and I want to give back,” Dela Cruz said, before the Phoenix took to the floor for practice for their upcoming trip to the Ontario Federation of School Athletic Associations championships in Pembroke. “It’s very rewarding. I learn so much and just to see the product.

“It’s my way of giving back as well.”

Dela Cruz never had a particular itch to coach but jumped at a chance when he was asked by John Riddell and Stephanie MacSporran to help out with the St. Catharines Rebels program nine years ago.

“That were coaching my cousin and needed another coach so they were looking around and it was an opportunity to try and grow,” Dela Cruz said. “I never thought I would get into coaching but I thought it was a great opportunity and I’ve been with them for nine years.”

Dela Cruz, who is also helping former Phoenix coach Pat Sullivan with the Niagara Tigers program, is a big believer in developing the entire person, not just the player.

“I’ve noticed from being here everyday and talking to them we treat them like adults and show them we care,” he said. “I don’t care if you’re a great basketball player, I want to make sure you’re a great young man. That’s what we’re looking for and that’s what we sold to them.

“We not only care about what they do on the court, we also care about them off the court.”

Dela Cruz, who joined St. Francis four years ago,  is still close to many of his former teammates, something he wants for his players.

“I want that brotherhood for them,” said Dela Cruz, who works as a sales representative at Whitewater Brewing Co. “You’re not just coming to play basketball, you’re coming to play for our program.

“It goes way beyond just the two or three years you play senior.”

“Finding volunteers for anything is a challenge so just the fact you have somebody that is willing to give the time is fantastic,” he said. “We’re trying to continue the legacy of the program passed down from Sully to us and being able to connect those dots in between from what it’s like to be a player. He makes that connection and bridges that gap and can relate to the kids and that’s really crucial.”

Marcheterre feels Dela Cruz brings a lot to the table.

“Jeremy is fantastic. I’m really, really appreciative of having him here.

“His knowledge of basketball is really great. He works really hard to become a better coach. We share a lot of articles and ideas on coaching in general. I may have little bit more experience but I learn from him all the time and that’s something I really enjoy.”

Dela Cruz is hoping to be behind the bench for the long haul.

“That’s the goal. At the end of the day I want to see if I can take this somewhere,” he said. “It’s a passion.”

The Phoenix hoped to be ranked in the top five at OFSAA. Play begins Monday. 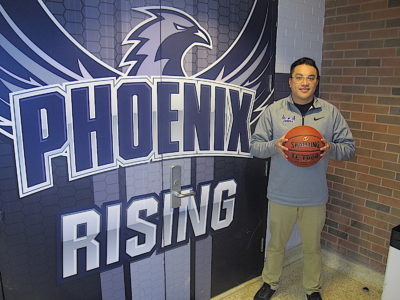