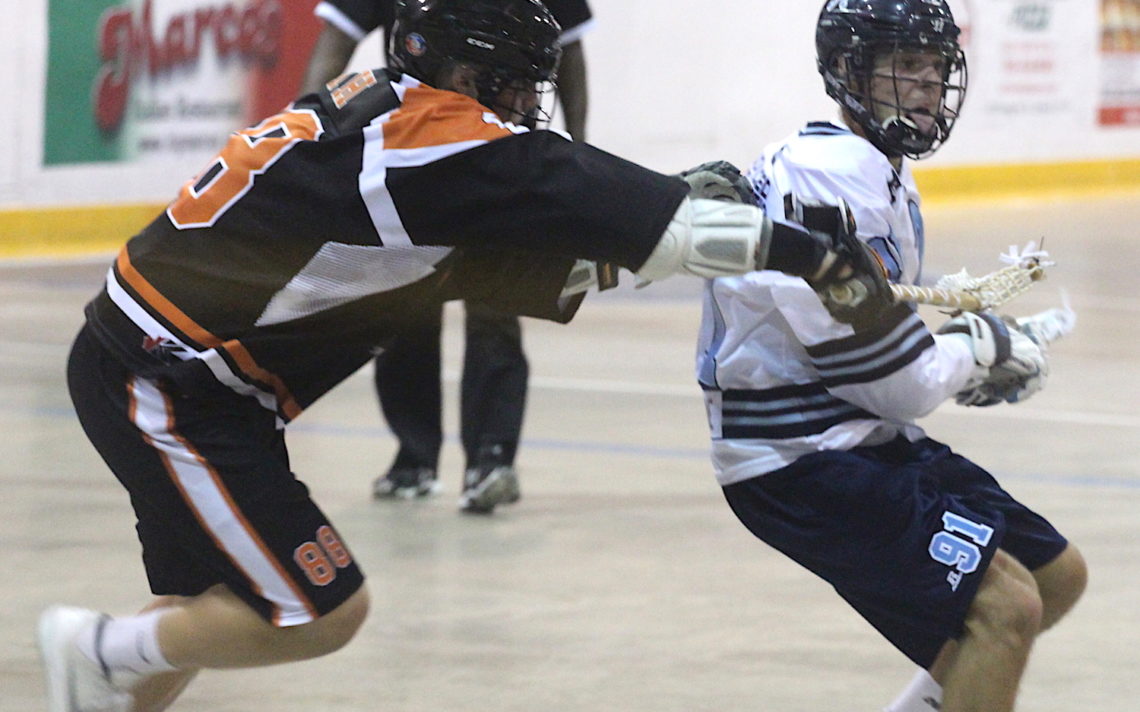 There doesn’t appear to be much to choose from between the St. Catharines Athletics and the Orangeville Northmen.

The A’s and Northmen square off in an Ontario Lacrosse Association junior A best-of-seven semifinal playoff series beginning Sunday at Jack Gatecliff Arena.

The A’s took both regular season matchups — 12-9 in overtime in Orangeville and 8-6 at home — and A’s general manager Jeff Chcoski is expecting it to be a tight series.

The A’s finished in third place with a 13-7 record, one game better than the Northmen. The A’s scored 12 more goals and permitted just two more.

“They have a real good goalie, we have a good goalie. Both teams have a great D and both are solid up front,” Chcoski said. “Both teams are coached extremely well, too.

“Orangeville is a very good team. They work hard and play the game the right way night after night. They have been a solid organization for decades and they have a rich history.”

With so little separating the squads, the intangibles could be the difference.

The A’s have excelled on defence this season, which Chcoski feels will be a key.

“It starts with (goalie) Nick Damude. It’s started with him all year long and those 10 defenders we put out night after night work hard, work together and work as a group and it goes right up to the forwards and the way they are playing.

The A’s have been off a week, which Chcoski feels is a positive.

“I think, in our situation, it’s good. It gave us some time to heal up some of our bodies,” he said.

As well, captain Latrell Harris is due back from the World Field Lacrosse Championships Monday.

“When Latrell comes back that’s going to give us a real boost,” Chcoski said. “From talking to him, I know he’s real excited to get back and get involved in a second-round series.”

The A’s, who haven’t won an Ontario championship since their Minto Cup championship season in 2003, are far from satisfied to simply get to the Ontario Lacrosse Association junior A semifinals.

“I guess when you start getting this close there’s no doubt you start to see the big prize. At this point you’re eight games from advancing to the Minto Cup,” Chcoski said. “We’re satisfied with the season, but I know it that dressing room there is a bigger prize for them.”

Brampton and Toronto meet in the other semifinal.