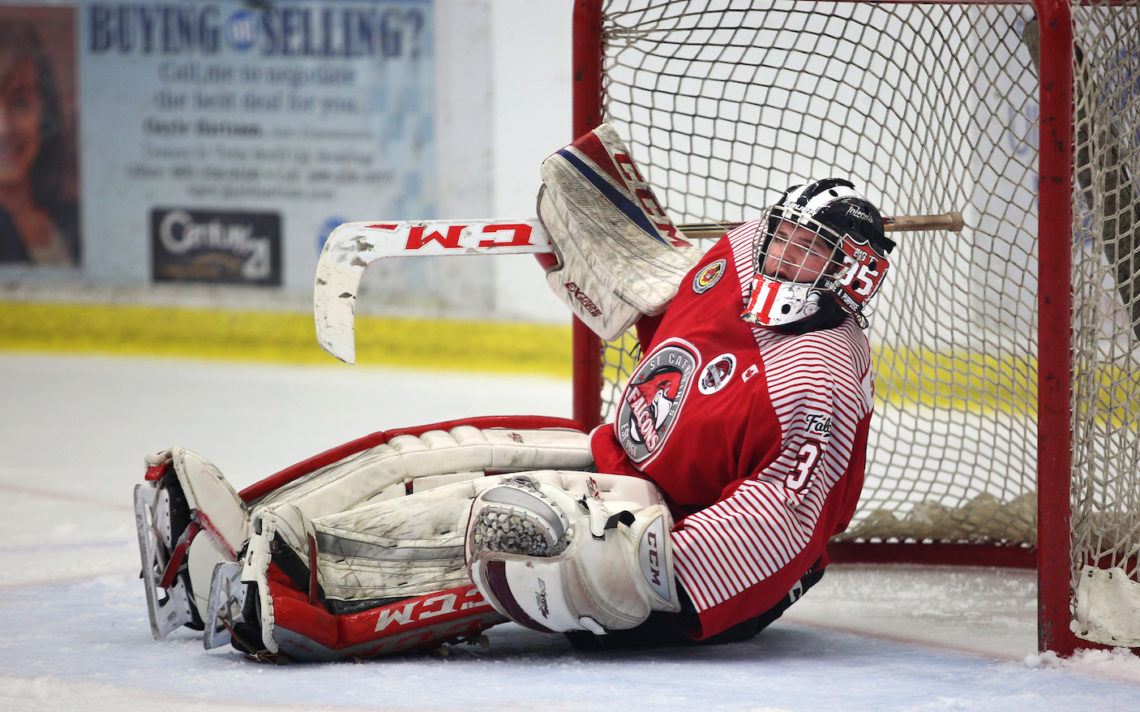 Owen Savory came away with the top award from the annual Golden Horseshoe Awards Night and Banquet.

The 20-year-old St. Catharines Falcons netminder was awarded the Russell Masterson Memorial Trophy, which recognizes the league’s most valuable player.

“Owen has come into this season focused and physically ready,” Falcons general manager/coach Frank Girhiny said. “Owen approaches each time he’s at the rink like a pro. His preparation, practice habits and always wanting to be the guy has led him to be the league MVP.

“In our mind there was no doubt. We have the privilege to watch him five times a week.”

Caledonia goaltenders Brandon McCorriston (1.84) combined with Pierce Charleson (1.53)  to win the Tony Bloomfield Trophy, awarded annually to the team with the fewest goals allowed in the regular season.

Jesse Barwell of the Corvairs was awarded the Pat Murphy Memorial Trophy earning a league-high 93 points, while teammate Liam Van Loon was named rookie of the year receiving the Brent Rubel Trophy.

Ancaster head coach Ken Peroff was the winner of the Tom Kelly Memorial Trophy as coach of the year.

Frank Pucci of the Niagara Falls Canucks led the league with 42 goals earning the Rob Judge Memorial Trophy while Justin Kyle was awarded the J.P. Memorial Trophy as most improved player.

Nearly 700 competitors are expected to take part in the 31st Ontario Ergometer Championships this Saturday at Ridley College.

The event, held on indoor rowing machines, will feature competitors ranging in age from 13 to 86.  It is the largest 2000-metre indoor rowing competition in Canada.  With times ranging from six minutes for the open events to 10 minutes for the lightweight junior women, the competition is fierce.  This is the final winter event for the rowers, who are preparing for their spring season ahead on the water.  Some of these athletes will be trying out for the Canadian Junior National team later this summer.

The competition, run by the Ridley Graduate Boat Club and the Ridley College Rowing Clubs, will take place from 8 a.m. to 4:30 p.m. in the Fieldhouse at Ridley.  More than 650 high school students and masters competitors will be racing in the morning and early afternoon, with the club rowers on hand for the late afternoon events.  Eight of the Canadian champions from last month’s regatta in Toronto will be trying to better their time and best the opposition. Last year, Brock dominated the open events,. There is no entrance charge to watch the event, which attracts competitors from as far as Brockville, Ottawa, London and the United States.

The entry deadline has closed but latecomers may be accepted at the door if openings are available. For more information contact Nancy Storrs at 905-688-5292. 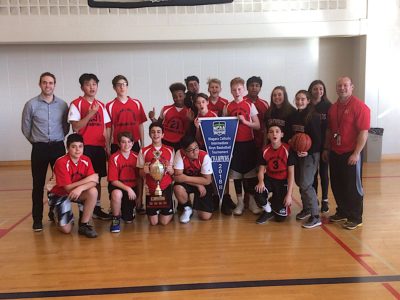 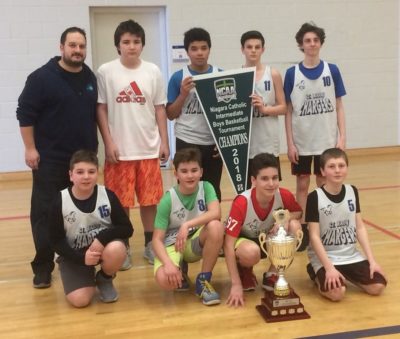 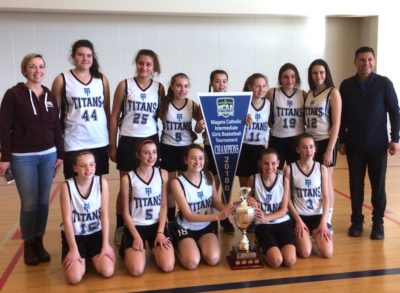 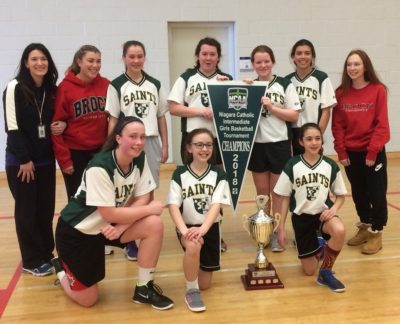 Sometimes having a second chance is all that’s needed.

The Denis Morris Reds senior boys basketball team took advantage of their second chance at a trip to SOSSA by knocking off the Blessed Trinity Thunder 58-33 on their home court. 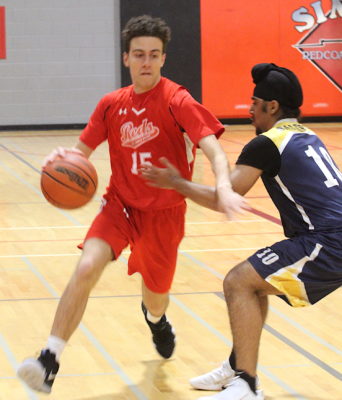 “We really wanted to extend our season,” coach Randy Conlon said. “The guys weren’t ready to stop playing yet and they showed that today.”

Things didn’t start out that way, however, as the Reds held an 8-7 advantage at the end of the first quarter.

“I was happy with holding them to seven, for sure,” Conlon said. “But we couldn’t make anything – we weren’t finishing strong at all.”

A 17-5 second quarter run put DM in the driver’s seat as they carried a 25-12 lead into the half time break.

The third quarter meant more of the same for the home squad as they opened up a 47-21 lead entering the final frame.

Noah Honsberger and Michael Cassidy led the way for the Reds with 15 and 12 respectively, as every player made the scoresheet. Junior call up Sacade Kasamba added nine, while Michael Conlon tossed in six. Zubeer Liban (5), Max Grant (4), Brian Shkabari and Ali Kilic (2), and Mitchell McArthur, Elijah Benoit and Thomas Duplessis (1) rounded out the scoring.

Max Mosquite led the way for the Thunder with nine followed by Patrick Alvarez and Zeenan Ahmed with seven each. Lewis Marinelli (5), Daniel Marinelli (3) and Kyle Love (2) also contributed for Blessed Trinity.

At SOSSA, the Reds fell to Saltfleet.