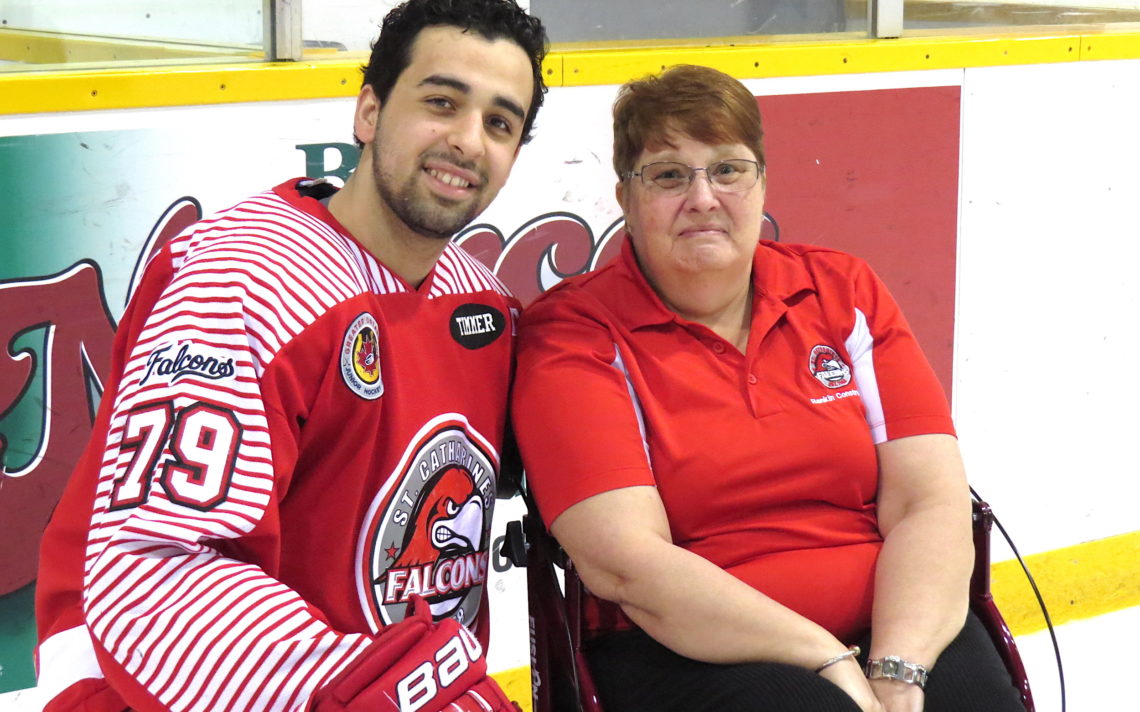 There was no job too big or too small with the St. Catharines Falcons for Pam Archer.

Archer, who passed away earlier this month in her 69th year, was involved with the Falcons for more than three decades, doing everything from making cookies for the players, to darning their hockey socks, to handling the finances as the secretary on the club’s board of directors.

“When I was president, Pam was my Girl Friday,” past president Joe MacNeil said. “She took care of so many things. Pam was on top of everything. She kept the board informed on what was going on. There was nothing involved with the board of directors Pam wasn’t involved with.

“She was the nicest girl to work with.”

MacNeil said Archer was a detail person who was always on top of what needed to be done.

“We never had to ask her to do it. She took care of the bills when she was secretary. Pam was on top of everything,” MacNeil said. “She was a great woman. We all loved her.”

Falcons general manager Frank Girhiny remembers Archer as a familiar face at home and away games, who was always quick with a smile or compliment.

“For me, she was one of our biggest fans and supporters,” Girhiny said. “Even before she became ill, just the support she would bring to our players as well as our coaching staff — she always had a nice smile and was always positive. She always made a comment about how she liked how our team played and the type of players our team had.”

“She was a pioneer in women coming on our board and she taught me a lot,” McConnell said. “She sure was a leader.”

McConnell visited Pam in the hospital often and was amazed at her courage and strength.

“It was heart breaking. It was so unfair and so much for one person to handle,” McConnell said. “A lesser person would not be able to go through what she went through.”

Pam and her husband Brent Archer joined the Falcons in the mid 1980s after moving to Niagara from Mississauga. They became interested in the team through then assistant trainer Howie Culp, who worked with Brent.

At first, the couple’s late son Daryl became the team’s stick boy and before they knew it, all three were involved, with Pam helping out Culp and Brent working as a goal judge and then later as a time keeper.

The family then became billets for out of town players and in 2003 Pam became the club’s first female director.

“She worked her way up to secretary until she had her first stroke,” Brent said.

Pam Archer had no issue volunteering her time despite battling a variety of ailments, including multiple sclerosis, which was originally misdiagnosed as epilepsy following a seizure she suffered when she hit her head as a teenager.

“She was still mobile,” Brent said. “It used to tire her out and she had to retire early. On hockey nights, she had to have a rest. She would lay down and pace herself.”

But virtually every Friday night, Pam could be found at Jack Gatecliff Arena cheering on her beloved Falcons.

“She loved it, she just loved doing it,” Brent said.

Pam, who was also involved with the MS society as a fundraiser, slowed down only slightly when she suffered the her first stroke in 2015. She fought her way back and was able to return to the arena and also continue to travel, where she loved to visit Cuba.

“She got back everything. She was walking with the aid of a walker and in the house with a cane but fought her way back and was ready to travel again,” Brent said. “We got down to Cuba and Mexico.”

A second stroke on Family Day in 2019 resulted in Pam being placed at Henley House, where she passed away.

“She was always in pain,” Brent said. “She described it as a numb toothache. It wasn’t enough to really hurt but it was there. She just lived with it.”

Pam is survived her mother Eleanor, her sister Lynn (Al), her sister-in-law Diane (Henry), her daughter-in-law Ashley, her grandchildren Victoria, Owen, Emmitt and Scarlett. She is predeceased by her son Daryl, her father Fred, her in-laws Shirley and Jim, and Tiger, Baby and Bud. 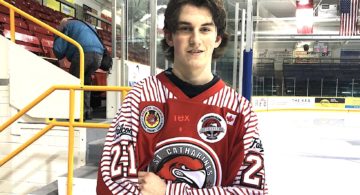