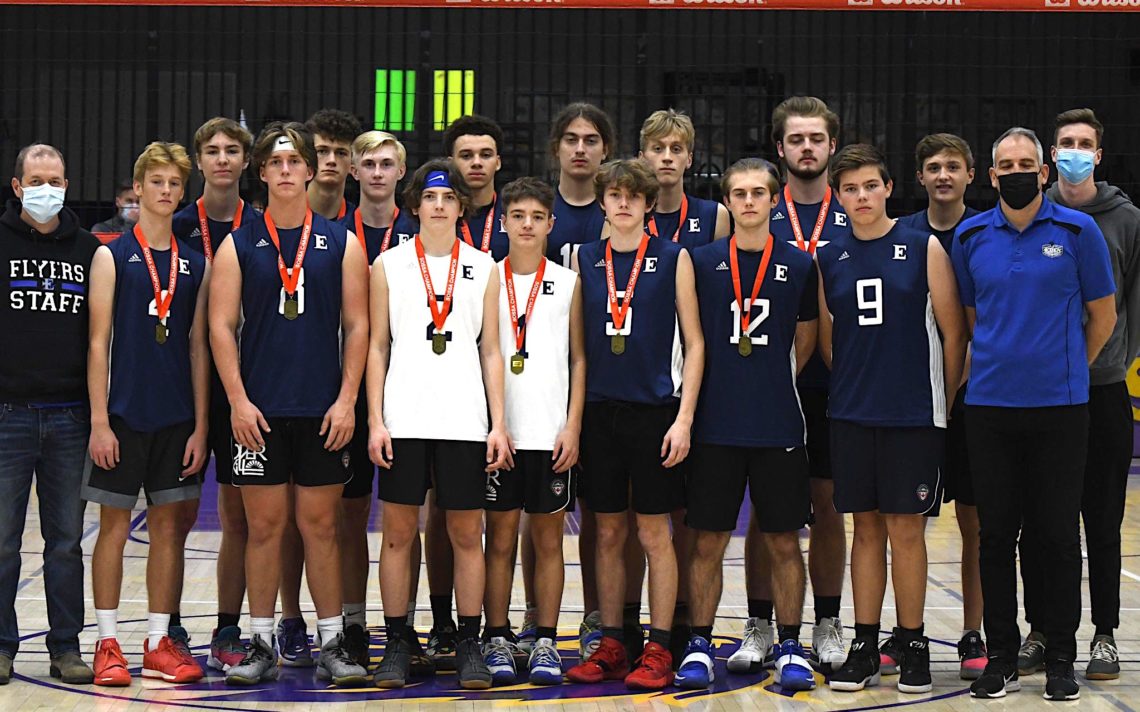 “They were a strong squad,” Eden head coach Bill Markham said of Myer. “It was a great match and both teams exhibited great sportsmanship. We had to play as a team, stay committed to our style of play and make some key adjustments to defend their best players. It was probably our strongest performance overall and we needed it to come away with the victory.”

“It was a battle but in the end we just ran out of steam,” Myer head coach Joanne Thomson said. “I think the match against Ancaster took a lot out of us. That game was a big focus for us today because we knew there were 2 teams advancing to OFSAA.”

Thomson credited Nik Mitrovic and Tyler Carmichael for controlling the play on Myer’s side of the court.

“Overall, it was a fantastic day for us and we are happy to be moving on to OFSAA next week.”

Ten teams will be competing at OFSAA starting Thursday, Eden, which won gold at the AA level in 2019, goes into the event ranked No. 1 and Myer has been given the third seed.

“We have played some very good teams in this run toward OFSAA and I am very honoured that we have the privilege of representing our zone and our region again this season,” Markham said. “It truly is a privilege to be going to OFSAA again and we will do our best to represent all those great directors, teachers, and parents who made all of this possible.

“My hope is that no matter what the outcome of the game, that these athletes will never forget the life lessons of team work, tenacity, discipline, and courage. This is the gift given to all who choose to compete.”

Markham isn’t sure what the recipe for success will be at this year’s OFSAA championshp.

“That is what makes this season so interesting. Normally we would have played many of the teams in tournaments but we haven’t that opportunity this time around,” he said. “So, we just stick to our style of play, trust each other, stay aggressive, and see what happens.”