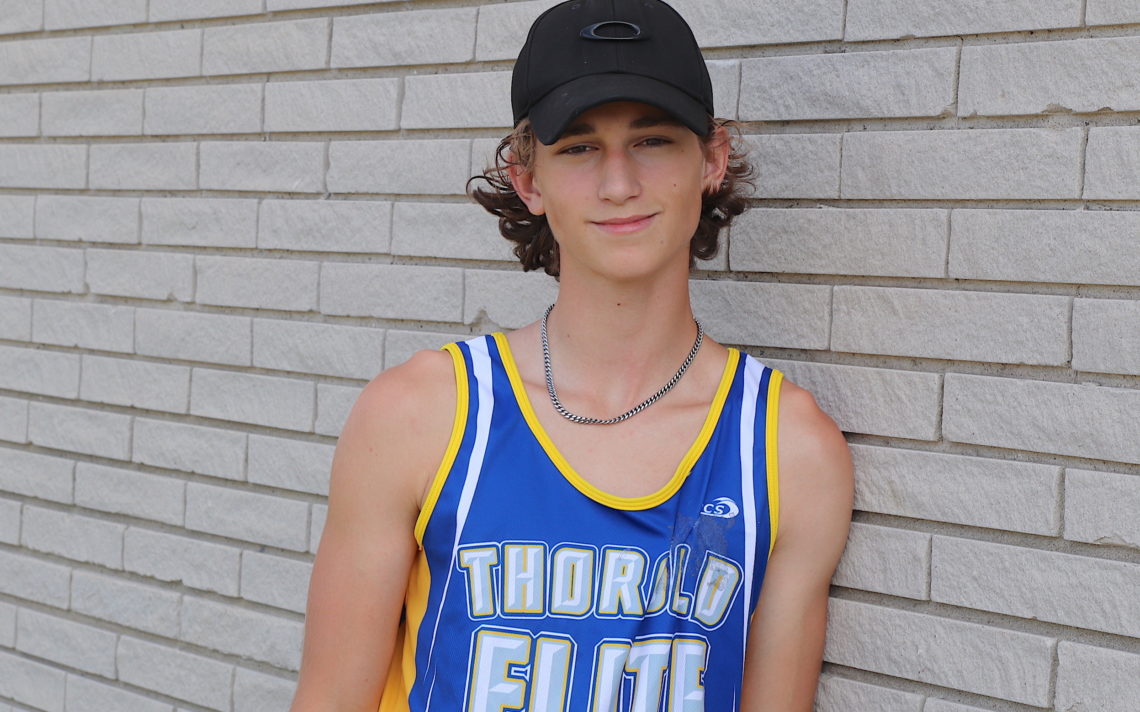 Another PB for Molnar at U18 championships

Hayden Molnar kept an impressive streak alive at this past weekend’s Athletics Ontario under-18 track and field championships at York University.

The 15-year-old Welland resident continued his run of achieving a personal best in every race of the season, running 4:25.43 in the 1,500 metres. The soon-to-be Grade 11 student at St Jean de Brebeuf also teamed with his Thorold Elite Track Club teammates, Sonny Leblanc, Owen Munnings and Sammy Tonnies, to win a silver medal in the 4×800-metre relay.

“If I keep training hard, I feel I will be able to keep it going for a little bit longer,” Molnar said of his streak. “When it comes time that I don’t get a personal best, I will be OK with it knowing that I gave it my all.”

Since starting to compete in the event in June, Molnar has chopped more than 19 seconds off his time and that rapid improvement mirrors what he has done in cross country training since joining Thorold Elite a year ago. 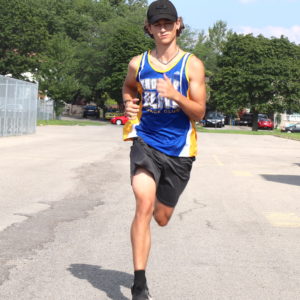 “In my 4K time for cross country, I shaved off three minutes after just joining the team last year,” he said. “I am pretty happy with that.”

Molnar placed 39th at the Southern Ontario Secondary Schools Athletic Association in Grade 9 before joining Thorold Elite in the summer of 2020.

“I was here (Centennial) with my friend. We came here once a week to work out. I was running laps and (Thorold Elite head coach) Fife found me here. He came over and talked to me about it and I told him about my uncle and how I had been running a little bit. He sent me emails and stuff and I ended up joining the team little over a year ago.”

That uncle, Steve Bognar, participated in the 1996 Canadian Olympic Trials final for the 1,500 metres.

“He grew up around me and he brought me into running. And then I kind of just stuck with it,” Molnar said.

Bognar was a huge influence on his running career.

“He always showed me videos of himself running back in the day and he showed me all the news articles about himself that he had kept. Back in Grade 8, he trained me for a bit, showed me the ropes and I kind of enjoyed it. Then I ended up going to the track club.”

The club has helped Molnar become much more serious about this sport.

“I am eating properly, training consistently, working hard and pushing through it.”

He is motivated by his performance.

“I like the after result and that feeling of accomplishment when you set a new personal best. It makes you feel good and I enjoy striving to get better.”

Molnar has a number of goals he would like to achieve.

Watching the Olympics on TV has provided him additional motivation.

Fife had enjoyed having Molnar train with Thorold Elite.

“He fit right in with the other boys and has become a key member of the Thorold Elite distance squad. He helped the team earn silver at the Athletics Ontario Western Cross Country Championships in November 2020 where he placed 21st overall and fourth on the team,” Fife said. “Molnar is also looking forward to the upcoming cross country season as he is now beating many of the athletes that beat him back in 2019.”