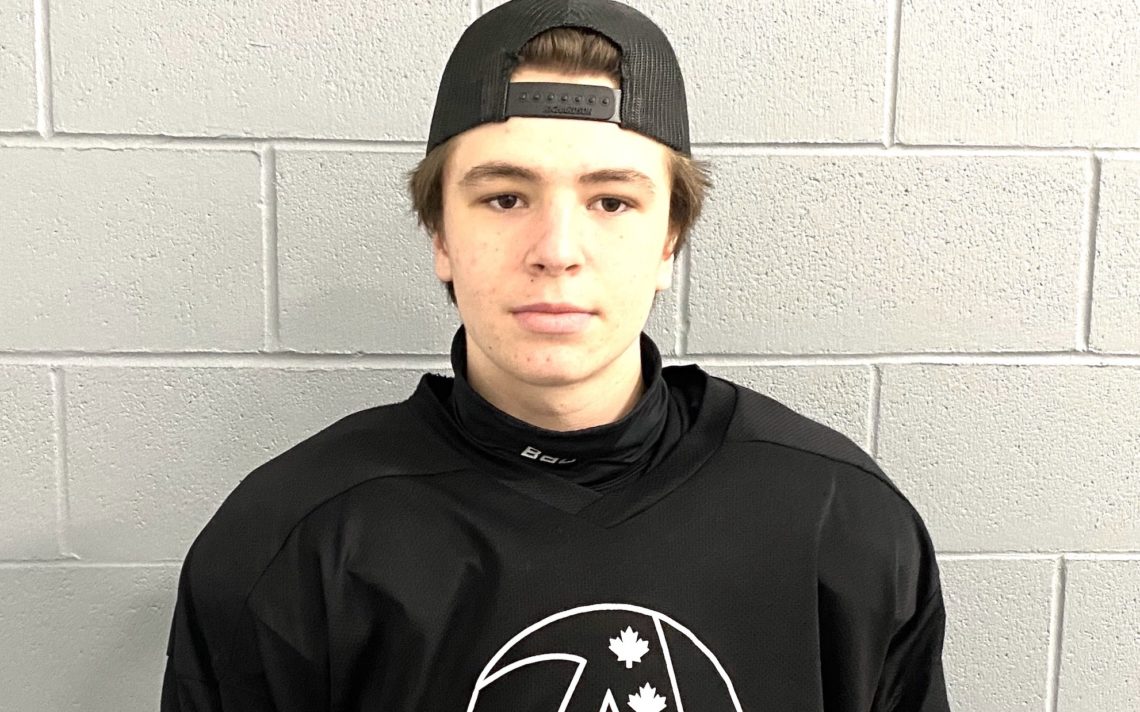 Rylan Masterson was the natural choice to wear the captain’s C for the Southern Tier Admirals U15 AAA squad.

The 15-year-old, Grade 10 student at A.N. Myer revels in a leadership role, which he chalks up to being part of one of the most famous hockey families in Ontario.

“I take a lot of pride being a leader coming from a big hockey family in Niagara Falls,” he said. “I feel my family has done a lot for the hockey community over the years and I have learned a lot from my grandfather, Terry Masterson, on what it takes to be a good leader and help my teammates.

“Over the years, I’ve watched many teams that my grandfather has coached and learned from different players what it means to be a good leader. I am very lucky to have been around hockey my whole life and experienced these leadership skills.”

Terry Masterson led the Niagara Falls Canucks to a pair of Sutherland Cup Ontario junior B championships in 1996 and 1998 while twin brother Tim Masterson acted as general manager. As well, Terry’s sons, Matt and Derrek (Rylan’s father) and Tim’s son, Tim, Jr., played for the Canucks.

“He plays the game hard and keeps everybody honest,” Webb said. “He is every coach’s dream. He keeps kids accountable by what he does, not what he says. He’s a puller, not a pusher.”

“He will make others around him better because he expects it of himself,” Webb said. “He keeps others accountable, even in practice. You can tell when maybe a practice wasn’t going well Rylan would find a way to get under enough people’s skin to get them going. Sometimes it would piss them off, but it was leadership.”

Masterson has been waiting patiently for the Ontario Hockey League draft which will be held over the course of two days, with rounds 1-3 on Friday, June 4 at 7 p.m. and rounds 4-15  Saturday, June 5 at 9 a.m.

“I’ve always wanted to continue to play hockey at the highest level I can, it’s been my goal my whole life,” he said. “I think of it (draft) now and then to push myself and to work out and train. I want to be there.”

Webb feels Masterson has all the tools to have a shot to play at the next level.

“Rylan he is your quintessential throwback defenceman. He plays exactly like you would expect a Masterson to play,” Webb said. “He is an excellent skater who has a very good shot from the point. I know he’s garnered some attention from teams who have spoken to me and I hope he hears his name called.

“If there is a kid who loves the game, it’s Rylan Masterson. He eats and sleeps the game and wants to get better. He’s a good, strong, agile skater with a deceptive shot. He understands the game well and when you’re on the ice with Rylan, he lets you know you are there.”

Unlike his father and uncle Matt who were forwards, Rylan has patrolled the blueline most of his minor hockey career.

“When I was younger, I played a year up and there were too many forwards so they put be back as a D and I just stuck with it and here and I am,” he said.