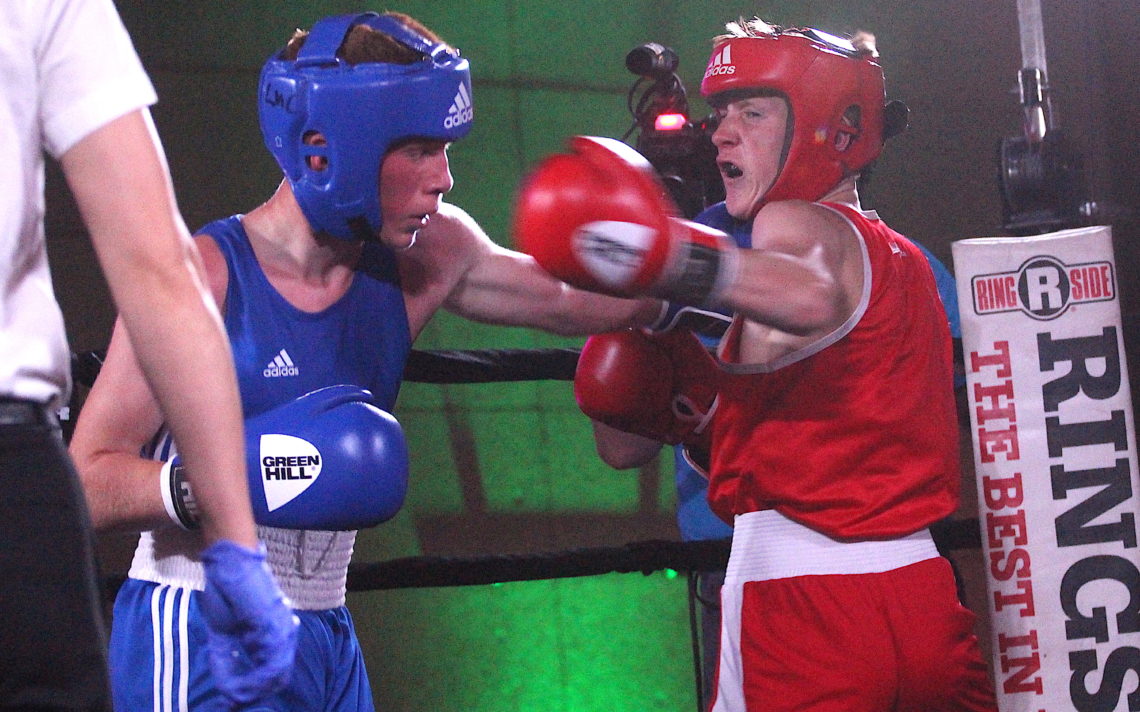 Another Hughes brother succeeds in ring

Chris Hughes is off to a knockout start in his boxing career.

The 15-year-old St. Catharines resident has only been boxing for about six months, but he has already compiled an 8-0 record and has won the Golden Gloves, Brampton Cup and Bronze Gloves tournaments.

“It’s because I have been training with my brothers,” said Hughes, who is home schooled. “We do pads every day and lots of circuits at our house.”

His brothers, Liam and James, can also provide plenty of advice and guidance. Both are former Canadian champions and the latter is still active at the St. Catharines Amateur Boxing Club.

Chris wasn’t drawn into boxing because of his brothers.

“Soccer was too expensive this year,” he said.

He’s not sure where he is going in the sport.

“I’m not planning on making a career of it and I am just doing it for fun right now,” he said. “I’m not going to turn pro or anything, but maybe I will keep fighting for one or two more years.”

So far, he is enjoying the sport.

He had a tough fight against Scottish opponent Luc McCavanaugh in a 125-pound bout. Hughes was hit by a low blow and ended the fight with a bit of blood seeping from his nose.

“He was the toughest guy I have fought this year,” he said. “He was nonstop, pushing forward, and he hit super hard, too.”

Hughes ended up winning the fight by split decision and was named Canadian Boxer of the Night for his performance.

“He’s tall, lanky and smart, and every opponent he has had has gotten harder,” St. Catharines coach John Robertson said. “This was his hardest fight to date.”

“He’s going to go to provincials and I think he will win it like Matthew (cousin Matthew Ryan) did.”

Friday night’s fight card was a successful one for St. Catharines Amateur Boxing Club members competing in the event against mostly fighters from a visiting Scottish club.