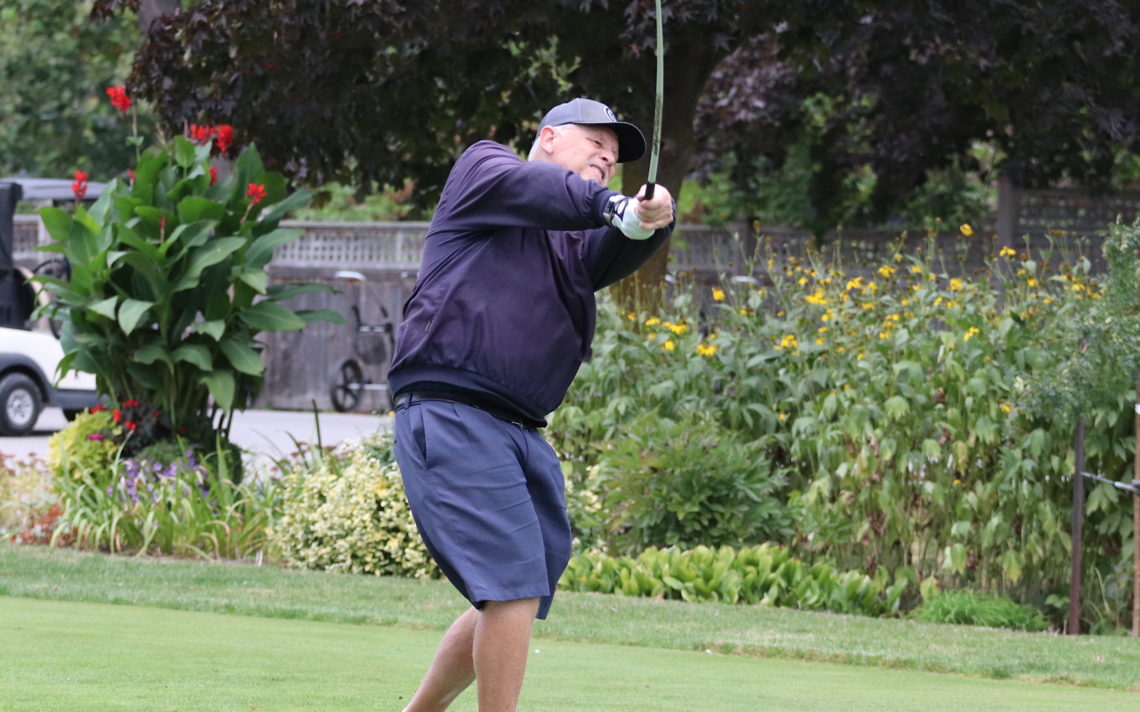 Bridgewater’s Brian Lee, who has been golfing since he was 10, turned pro after university and competed on some of the Florida mini tours in the late 1980s before regaining his amateur status.

He caddied for Brooke Henderson for three years (2013-15), was on her bag when she won her first LPGA title, and is still a member of her team. He has also caddied on the PGA tour on four or five occasions, including stints with Alex Cejkam, Charlie Beljan and Taylor Moore.

The scratch handicapper was playing in his first Champions event and was filling in for Bridgewater senior champion Bart vonKalckreuth, who was unable to attend.

“I came in second or third and I was called in to fill in that gap,” the 59-year-old Niagara Falls resident said.

Given that background, he wasn’t thinking he would be declared champion at the end of Saturday’s event.

“I had basically zero expectations. I had never seen the golf course until yesterday and I was just trying to feel my way around,” said Lee, who works for the Niagara Peninsula Conservation Authority as the Geographic Information Systems administrator (mapping). “I had one of my friends on the bag, Keith Richardson, and he contributed a lot to the strategy and the course management of the day and it seemed to have worked out.”

He was thrilled to win a Champions title on his first attempt.

“For sure. Any day that you play well is a good day.”

He credited his win to driving the ball well.

“Previously, the driver had been kind of suspect. The greens are kind of similar to what they are at Bridgewater so the adjustment wasn’t that large. The challenge was knowing the layout of the golf course and assessing quickly how to play the golf holes.”