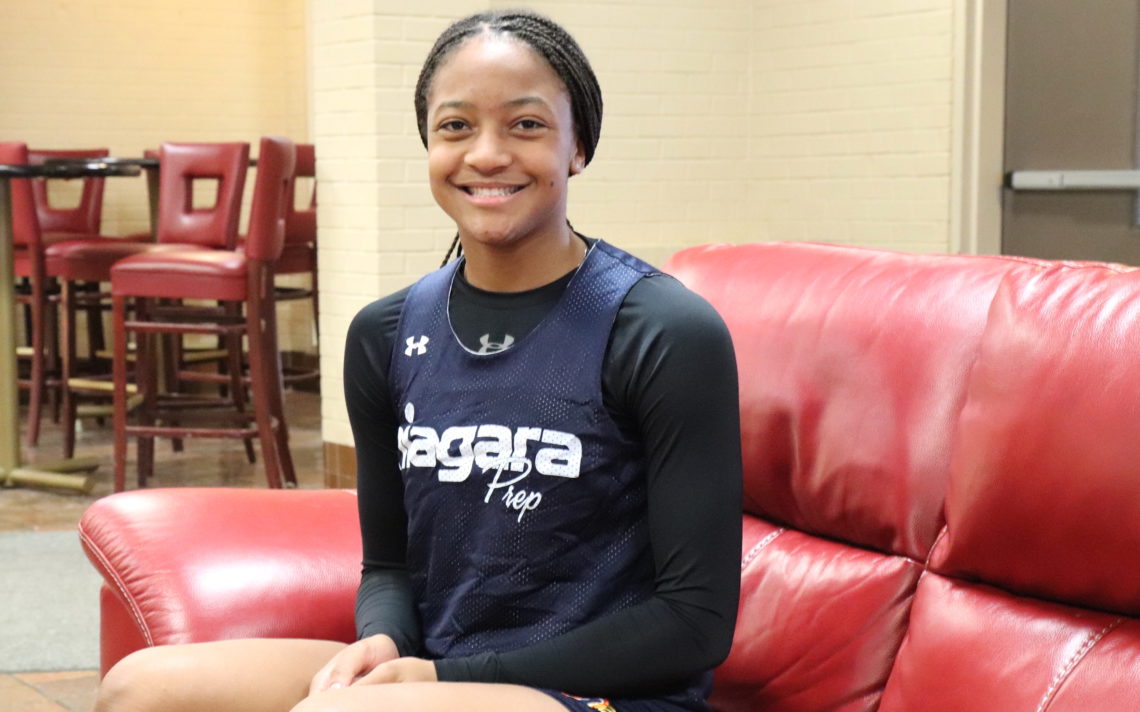 The 15-year-old Ajax native came to the attention of Niagara Prep head coach Dave Picton at a Girls Under Armour Association Canada Elite tryout camp in the summer.

“It took me about two months to decide because it is a long way from home and I wouldn’t be able to go home every week,” the Grade 10 student said. “And I didn’t know anyone yet, but in the end I thought I could always go home the next year.” 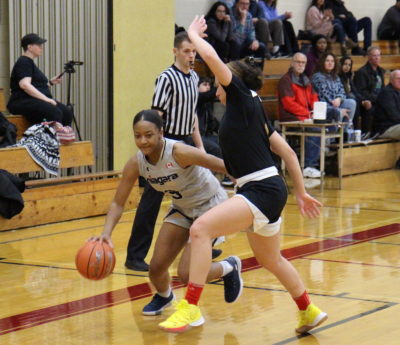 Things changed for the 5-foot-9 guard when she began to contemplate a future involving basketball.

“I really started to enjoy basketball more and I decided that I wanted to take it further than high school and try and get a scholarship,” she said. “That when I decided to put all my fears aside and go in head first.”

It didn’t take her long to realize that Niagara Prep was the right place to chase her hoops dreams.

“It was in the beginning when he (Picton) would fix my form and I would be shooting a lot better. I could see that it was helping me a lot.”

She also loved the level of play amongst her teammates.

“It was good competition and I thought it was a lot better than what I had back in Ajax. I realized that this is where I should be and that this is going to help me.”

Blagrove is loving the opportunity to practise against national team members Donna Ntambue  and Sarah Te-Biasu every day. Both will be playing NCAA Division 1 basketball starting next fall.

“It helps a lot both on offence and defence,” she said. “I am learning how to become quicker guarding someone like Donna who has Olympic level speed. I have to keep up with that. When I get into games, it is a lot easier. 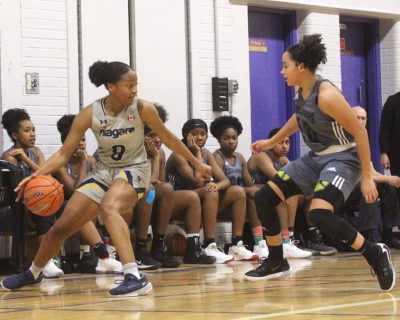 “With Sarah, she is a guard who I have to learn from because she is a national level point guard. I am learning how to see the next level of playing the way she does.”

Blagrove, who is averaging 6.3 points per game and 3.1 rebounds per game, has no issues with being on a depth chart behind the team’s talented bunch of senior guards.

“I don’t really mind having to work to get minutes but it was definitely an adjustment,” she said. “In Juel Prep, there were three strong players and I would have to play 40 minutes. It was crazy and it’s kind of a relief that I don’t have to do everything and I have teammates who I can depend on as well.”

Playing OSBA games has been an adjustment from last season when she suited up in Juel Prep with Canada Elite.

“It was definitely the speed and physicality and the fact that everyone is at a high level,” she said. “Even though there are weaker teams, they are all pretty skilled so you always have to be ready to put 100 per cent in.”

Early on, Blagrove also found it challenging to adjust to being a student/athlete at a prep program.

“It was a different environment and a higher level became we practised every day after school and we lift three times a week.” 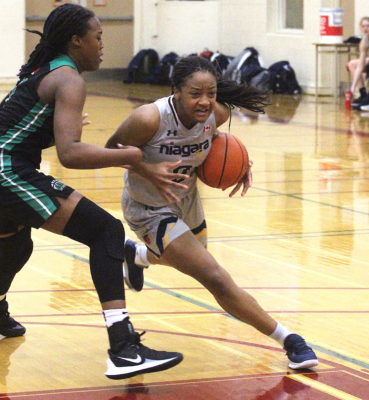 Her goal is to land a Division 1 scholarship and study law. Academics won’t be an issue for her because she currently has a 91 per cent average at Myer.

“Chantelle is one of the most explosive guards in the 2022 class and is working hard at developing all the tools to be the best point guard in her age group,” Picton said. “She is a defensive stopper at her position and she will no doubt be able to step in and take over the team at the point guard position next year.

“Her ceiling is so high and I am thankful to be the one to work on developing her skills.”

Blagrove is confident Niagara Prep can make a deep run in the playoffs.

“When we played Crestwood (13-1 record), we played well but we weren’t all there,” she said. “I think when we are all there and mentally in the game it will be a lot closer because we only lost by seven. I think our chances are really good.”

Next home game for Niagara Prep is Monday at 7 p.m. at A.N. Myer against Lincoln Prep.