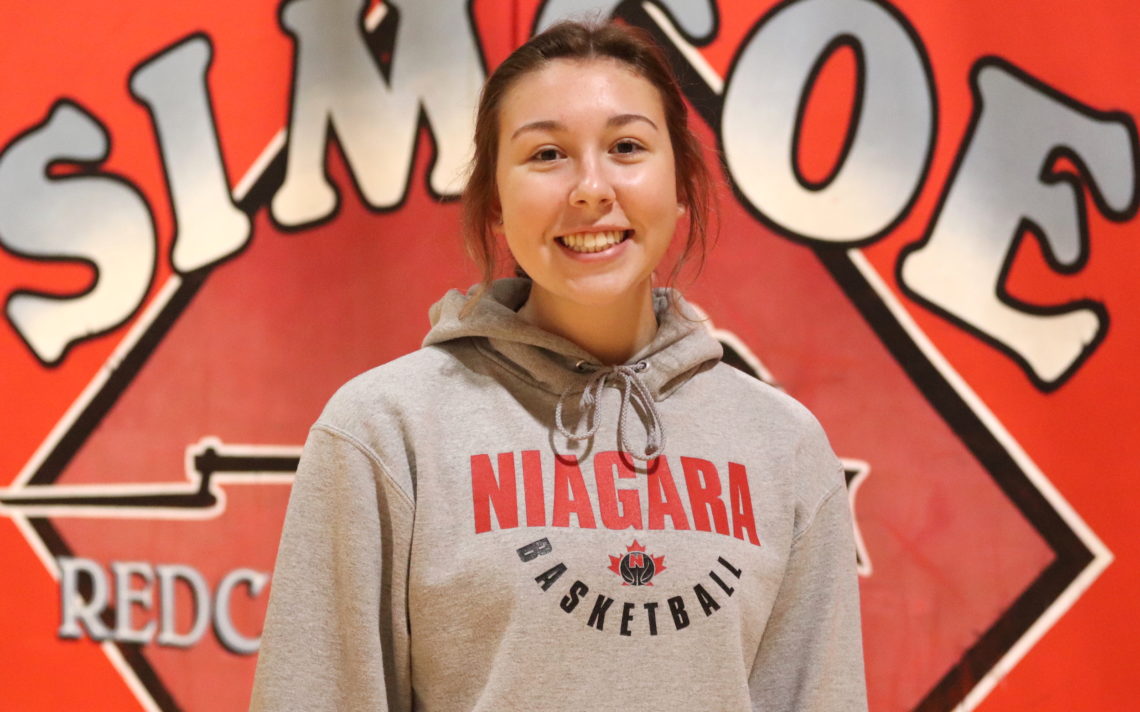 The 5-foot-11 star player with the Governor Simcoe Redcoats has set her sights on earning a roster spot with the Brock Badgers women’s basketball team.

“I had a couple of universities talking to me but it ultimately came down to Brock or York,” the 17-year-old St. Catharines native said. “Both schools have amazing coaches and I love them both but Brock had a couple more pros than York did with being able to stay home and all the uncertainties going on with COVID and everything. And obviously it wasn’t a deciding factor but in the pro column, my parents did say I could get a car if I went to Brock. That definitely helped the situation not hinder it and Brock is overall the better fit for me.” 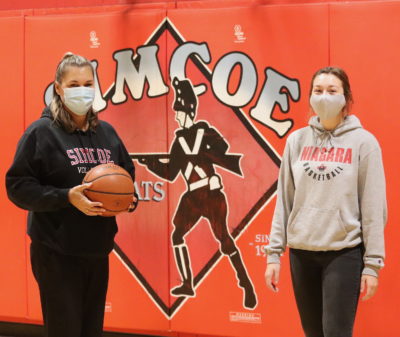 It certainly didn’t hurt that coach Mike Rao has quickly made the program a national contender and the USPORTS silver medalist in 2019-20.

“It is so cool and it is almost a privilege,” Addy said.

She loves what Rao brings to the sidelines.

“He’s a super, super nice guy and every time I talked to him over the phone, he was very reassuring and great to talk to. He knows what he is talking about basketball-wise and that helped me make my decision.”

Rao is looking forward to having Addy in camp.

“Allison is a long and athletic player who shoots the ball well,” he said. “We are looking forward to having her come in and fight for a spot on our roster. It will be a challenge for her and all the other rookies to deal with the physicality and the toughness required to play defence at the university level.”

Governor Simcoe coach Jill Stiefelmeyer has no doubts that Addy will succeed at the next level.

“Allie is a complete player with a fantastic work ethic. She can play from any spot on the floor. She handles the ball, sees the floor and has limitless shooting range. She is a tremendous leader on and off the court. Any school at the next level would be very lucky to have her as part of their program.”

The Niagara Juel player knows it won’t be easy.

“I am going to have to get stronger to go up against fifth-year university girls. I have started weight training with Mia Friesen in her garage and I am also going to work on my cardio.”

How hard she works will determine where she goes with basketball.

“He (Rao) is going to give me an opportunity but it is up to me whether I am the sixth man or the 14th man. It’s up to me and how much work I put in.”

“I’m looking forward to the pace of the game. Even the jump to Juel was faster but the jump to university will be even faster. The play will be going up and down and I will have to be physically stronger to compete.”

She feels she has made significant strides in her game the past few seasons.

“I have gained confidence going to the net and I make quicker decisions than I used to. I also focus a lot more on defence now. I like taking pride in my defence and getting those blocks in transition up the floor.”

She knows what the next step in her progression needs to be.

“I want to work on my dribbling and be more certain with it. It comes with being stronger but I want to go to the net with certainty and not being timid.”

One thing she doesn’t need to work on is her love for the sport.

“It is a team game but it is also an individual game because you have to be mentally tough and you can’t get down on yourself. It’s a lot of fun and I love to play and practise.”

Like all her peers, Addy has been dealing with the hiatus from basketball because of the COVID-19 pandemic.

“It almost didn’t seem real when it first started and I thought we would get back to practising in a couple of months. Now it has almost been a year and we haven’t play a game.”

What hurt the most was losing her season at Simcoe.

“It really sucks because we lost our senior season. Ever since Grade 9, I have watched the seniors play in their last game and I always thought it would be cool when I got to do that. And the BPSN tournament buyouts. I just love that kind of stuff.”

She realizes she can’t dwell on the negatives.

“You just have to use the time you have to get better.”

She has done that in a variety of ways.

“It was tough the first couple of months because there was no indoor training. We had a court in our backyard that I worked out on but it’s alway easier and better when you are in the gym.”

Thankfully, she was able to take part in summer and fall training sessions run by the Pelham Panthers at the Pelham Community Centre.

“It’s an awesome program and you almost had a different coach every week running you through some drills, mostly shooting because you can’t play defence,” she said. “It was a good way to keep going and keep in shape.”

Her training will continue at the Pelham Community Centre with the Niagara Juel program.