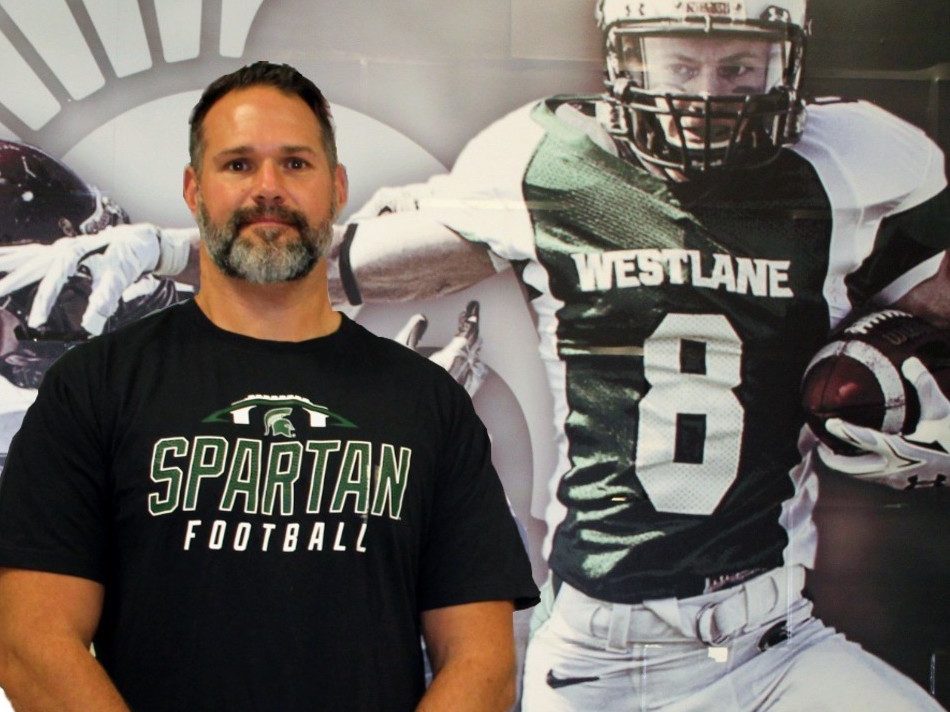 Westlane head coach Jason Babony is a firm believer in the value of high school football.

“As bad a rap that it gets, it can still be used as an educational tool,” he said. “Nowhere else in a high school setting can you learn about mental toughness, character building, discipline, commitment, and accountability.”

At the high school level, football is experiencing a decline in numbers, but Babony feels that doesn’t tell the whole story about the sport.

“In the end, you’re going to end up with players whose parents want them there to learn about the importance of life lessons and how to persevere, which in my books, helps them become elite athletes,” the 45-year-old Mississauga native said. “There isn’t a tougher sport out there and, that alone, causes those ‘fringe players’ to become non-existent.”

Babony feels coaching is important and his commitment to it is rooted in his own experiences.

“I often reflect back to all the volunteers who were there for me growing up around sports. They had families and busy schedules as well, but always made time and effort for me. It’s important to give back.”

He feels it is especially important for teachers to coach.

“I believe teachers should step up and be coaches regardless of the role that they take,” he said. “Teachers see their athletes daily in the classroom, if not throughout the day at the school, which gives players a chance to become familiar with them and build a relationship.

“If you build a positive relationship, they’ll become responsive to what it is you’re teaching them.”

Babony, who had also coached rugby at Westlane and been involved with FIRST (For Inspiration and Recognition of Science and Technology) robotics, loves the strategy involved with coaching football.

“It’s seeing what works and doesn’t, getting a chance to regroup and have a second down or a second half to correct and redeem yourself,” he said.

He also loves watching the growth of his players.

“Seeing kids rise up and answer the bell is a huge respect to their character, especially when they respond to what you’ve coached.”

His coaching philosophy is rooted in accountability.

“It seems accountability has really gone by the wayside,” he said. “I always tell my kids that excuses are for losers. I believe that if a player screws up in school, on the field, or outside of school, he needs to own up to it, learn from it, and make a different mistake next time.”

His favourite part of coaching is when he combines with other coaches and his players to meet a specific goal on the football field.

“We’ve always been a smaller school (stable student population of around 600) so we collect from a smaller number of athletes,” he said. “This requires us to create realistic goals from year to year and my players and coaches (Brad Martin and Darrell Harle) have done an outstanding job of reaching those goals throughout in Division 1.”

Babony and his fellow coaches are busy men during the high school football season.

“Our time commitment starts with two weeks left in the summer and then it is two and half hours a day on average, including games. Brad, Darrel and I get together Sunday nights for an hour or two to watch game film. We usually pick apart our own team and also the opponent of the week.”

Babony enjoyed a five-year high school football career at Erindale Secondary School playing on both the offensive and defensive lines.

Upon graduation in 1994, Babony accepted a scholarship at NCAA Division 2 California University of Pennsylvania and played as an offensive linemen in the Pennsylvania State Athletic Conference from 1995 until 2000.

“Many times a season, I’ll think back to situations from practices and lean towards some of what was passed on to me. He was a no-nonsense coach who believed mental toughness was a staple. It’s nice to have that and carry it on to the younger generations.”

He graduated from California University of Pennsylvania with a B.Sc. in graphic communications management and that has helped him in his teaching career. He teaches communications technology, including stints in videography, co-op and tech design.

Upon graduation from university, Babony made an attempt to turn pro.

“I tried out for the Ti-Cats in 2000 when I attended a week-long combine/camp with Ron Lancaster and was eventually cut.”

Following a season spent coaching football at Waterdown High School in Hamilton, he decided to join the teaching profession.

“I had a really positive experience. Coaching players, teaching discipline and commitment along with reaching goals with them was super fulfilling for me.”

Babony was part of a successful coaching staff at Waterdown in 2003 and 2004. He was the offensive line coach under head coach Larry Tims.

“Both years, we lost to Lakeshore Catholic in the finals.”

He started teacher’s college at Brock in the fall of 2004 and became a teacher and coach at Westlane in 2005.

Away from high school, he served as the offensive line coach for the Niagara Spears for five seasons.