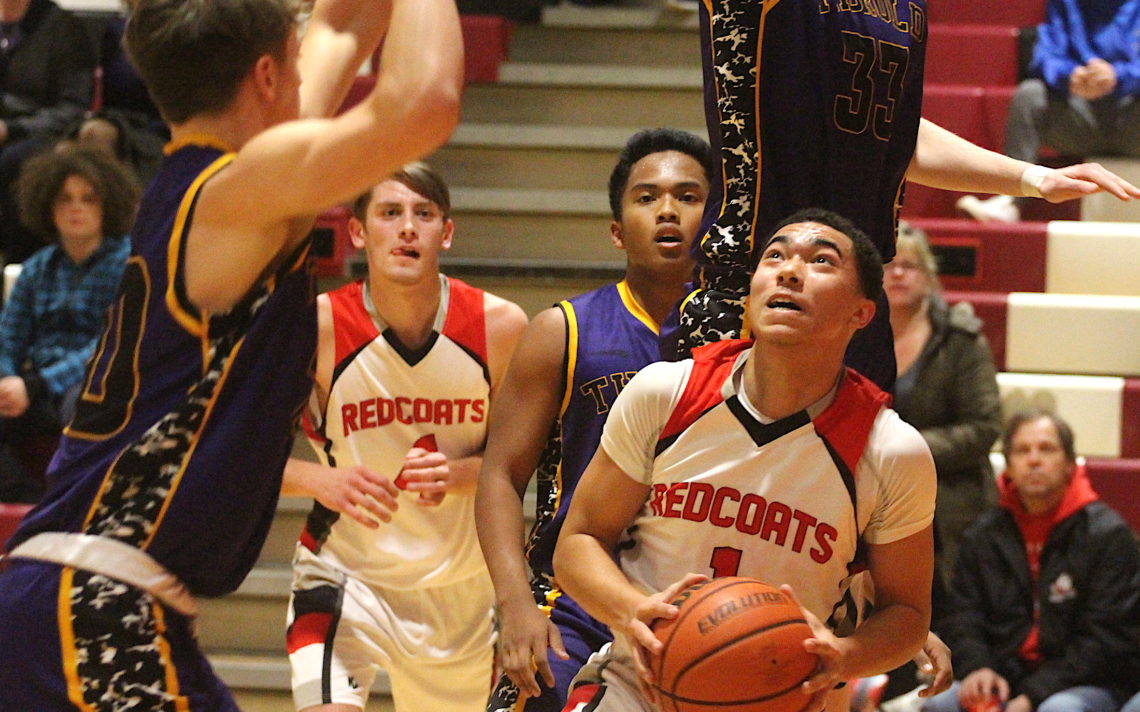 “It came down to a Grade 10 call-up working his rear end off tonight,” Simcoe coach Shaun Feor said of his team’s 63-59 quarter-final victory in its home gym.

The aforementioned Grade 10 player was Mitch McPherson, who scored seven points and grabbed upwards of 20 rebounds.

“He was all over the glass and the boys really hustled tonight getting on the floor for loose balls,” Feor said. “That was the difference.”

Feor has made a habit of calling up McPherson this season.

“Mitch has shown so much promise in his game,” he said. “It starts with hard work and he has started to turn his game into a scorer and a guy who can move the ball up the floor.

“Right now, he is doing it all with hard work.”

The 15-year-old has played four games already this season with the senior squad.

“It’s much more fast-paced and a lot of bigger players who I am not used to playing against,” McPherson said.

He doesn’t have any particular strategy to hold his own versus senior players.

“I just play as hard as possible and try to do whatever it takes to help get us the win,” he said.

He feels like he fit in with the Simcoe senior team right away.

“Actually my first game was probably my best game,” he said, with a smile. “I played well on the defensive end and I got buckets when I was needed.”

The Pelham Panthers travel player doesn’t have any specific goals for basketball.

“I will just see where it takes me,” he said.

The Golden Eagles gave the Redcoats a great fight, leading 15-12 after one quarter and 29-28 at the half. Simcoe grabbed the lead by outscoring Thorold 20-11 in the third quarter, but the game still came down to the wire at the end with Thorold trailing 59-57 with less than 30 seconds left in the game.

“It was a wonderful game,” Thorold coach John Kwiatkowski said. “We are raising the intensity and this is the level we want to play at. A little bit longer and I will get them where I want them.”

Thorold was done in by a short stretch of bad decision making and not letting the game come to it.

“That’s travel (basketball) experience,” Kwiatkowski said. “We don’t have that and it shows. We don’t know how to settle down and those guys do. They have been through it.”

Kwiatkowski enjoyed coaching again Feor, a former player of his, and several Simcoe players whom he has coached in the St. Catharines Rebels system.

He is hoping the Golden Eagles can defend their Niagara Region High School Athletic Association Zone 4 AA champion and get another crack versus St. Francis in the overall Zone 4 final.

“We are hoping to get there again and have a better showing than we had last year, but there are a lot of good teams in there,” Kwiatkowski said.

Feor knew Tuesday’s game was going to be tough.

“I was worried about a trap game,” he said. “The boys were coming off of a big win against Secord and any time I’ve coached in the Standard (tournament), that second-round game, teams come in fired up and ready to go.

“John had them ready to go from the tipoff.”

Kully’s/No Limit Performance Players of the Game: Simcoe’s Mitch McPherson with seven points and close to 20 rebounds and Thorold’s Devon Maltby with 10 points.

Josh Enns netted 18 points and Filip Gagacev added 17 Tuesday as the Blessed Trinity Thunder advanced to the Standard championship semifinals with a 69-47 victory over the E.L. Crossley Cyclones. 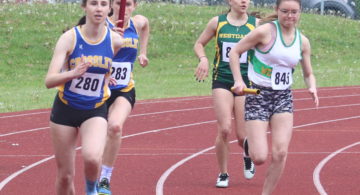 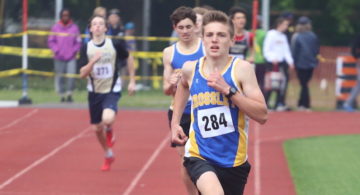 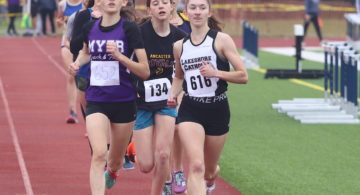 Buri in hurry at SOSSA